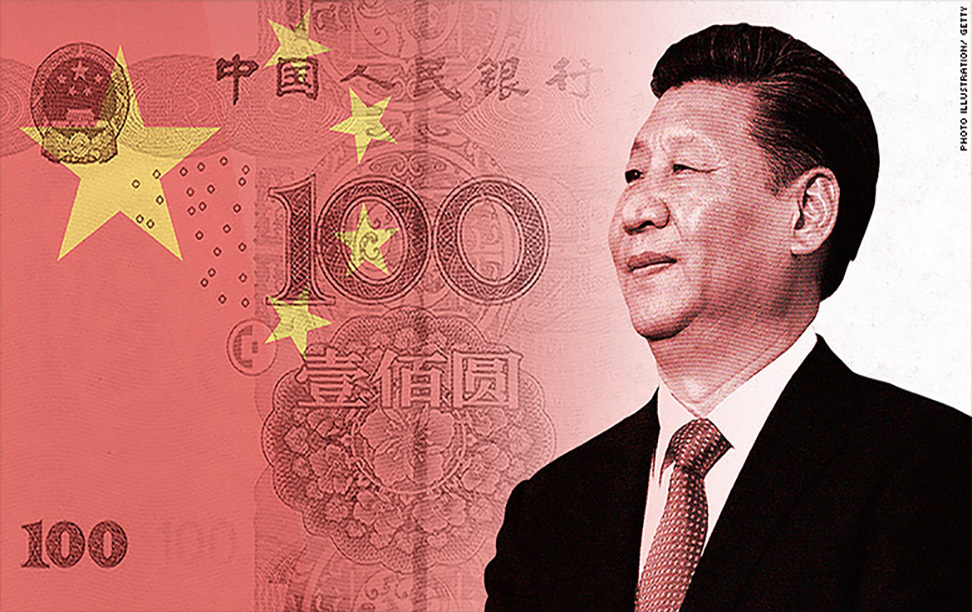 China's economy grew a forecast-beating 6.9 percent in 2017, picking up steam for the first time since 2010 despite its battles against a massive debt and polluting factories, official data showed Thursday.

The world's number two economy eclipsed the official target of about 6.5 percent and picked up pace from the 6.7 percent growth seen in 2016, which was the slowest for more than a quarter of a century.

The robust economic expansion indicated stability after slowing down since China last posted double-digit growth in 2010.

“The national economy has maintained the momentum of stable and sound development and exceeded the expectation with the economic vitality, impetus and potential released,” National Statistics Bureau head Ning Jizhe said in a report.

“We should also be aware that there are still difficulties and challenges confronting the economy and the improvement of quality and efficiency remains a daunting task,” Ning said.

The reading — which beat the 6.8 percent predicted by analysts surveyed by AFP — comes as China has kick its war on pollution into gear, halving industrial production for some steel smelters and mills this winter.

The battle has brought unusual blue skies to Beijing, with the density of dangerous pollution — particulate PM2.5 — dropping by more than 50 percent in the final quarter of 2017.

But the latest data showed the economy expanding 6.8 percent in the last quarter of 2017, matching the third quarter figure though it was below the 6.9 percent from the first half of the year.

“This momentum, especially the part fuelled by external demand, may carry on well into 2018,” said Wei Yao, chief China economist at Societe Generale.

The country is also facing pressure to prevent a credit crisis, with local government debt growing 7.5 percent last year to $2.56 trillion, according to figures released Wednesday.

China has largely relied on debt-fuelled investment and exports to drive its tremendous economic growth of the past four decades but it is now seeking to move its economy to more sustainable consumption-based growth.

The latest figures show the services industry grew eight percent for the year with retail sales spiking 10.2 percent, good news for the transition.

The International Monetary Fund has repeatedly warned of risks stemming from China's ballooning debt, saying last year that each extra dollar of debt is producing diminishing returns for China's economy.

China's leaders appeared to wipe away some of those concerns at a critical planning meeting in December.

While vowing a crackdown on financial risk and local government debt, leaders called for a reasonable credit expansion this year.

That flew in the face of IMF and other economists warnings that China must deleverage.

“The bulls and the bears have never been so much in agreement since the financial crisis,” said Larry Hu, head of China economics at Macquarie Group.

But potential headwinds and risks for China's economy are brewing.

US President Donald Trump is determined to change the balance of trade between the two large trading partners.

China's trade surplus with the US swelled 10 percent to $275.8 billion last year, a record high.

In a telephone call with President Xi Jinping this week, Trump “expressed disappointment that the United States' trade deficit with China has continued to grow”, the White House said.

“President Trump made clear that the situation is not sustainable.”

Trump has repeatedly insisted he will fight for more equitable trade with China.

The US is expected to release the results of a major investigation into China's intellectual property practices this year.

Sakrand Sugar Mills announces the start of its crushing season