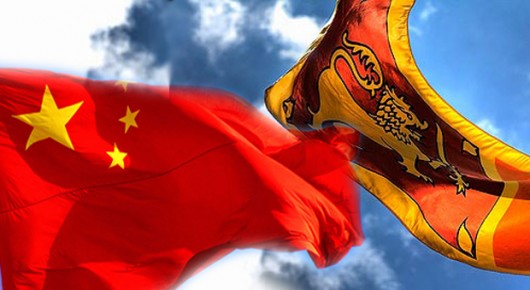 The Port City project is being constructed close to the Colombo Harbor by China Communications Construction Company, the parent company of China Harbor Engineering Company (CHEC), and will attract billions of dollars as investments in the coming years.

Ranawaka said that in order to kick-start investments, CHEC this year would invest and construct three 45-storey buildings, which would be part of the International Financial Center in the Port City.

“To facilitate the construction of the building complex, we have done a comprehensive environmental and social impact assessment, and a new piece of legislation for the Port City will be passed in Parliament by April or May. The physical work of the building complex will commence in the mid of this year,” the minister said.

Ranawaka further said that CHEC would also invest in the construction of the underground tunnels connecting Colombo city to the Port City.

The underground tunnel will provide a north-south link through one of the busiest traffic areas of Colombo, and will provide an underground road connection to the road network of the Port City as well. Ranawaka said that two Memoranda of Understandings for the building complex project and the tunnel project had been signed between Sri Lanka and China.

The Colombo Port City Project will consist of 269 hectares of reclaimed land and will be the first of its kind in South Asia. The Port City will include residential buildings, schools, hospitals, parks, beaches and a financial city for investors.

February 26, 2020 (MLN): The initial six months of the current fiscal year remained profitable for Unity Foods Limited (UNITY) as its net profits after tax has surged significantly from Rs 146.5 million in Jul-Dec 2018 to Rs 374.9 million, exhibiting a growth of 156% YoY.

The growth in the company’s profitability witnessed on account of improvement in sales by 68% YoY from Rs 6.7 billion to Rs 11.3 billion in the backdrop of stabilizing macroeconomic environment of the country. The stability of Rupee against Dollars played a direct role on earnings of the company as the company also derive some of its revenues from exports.

Moreover, the prudent decision by the company to participate in exports of corn during the period of a sharp decline in sales of edible oil also helped the company in maintaining its topline sales level.

On the expense side, the company’s distribution and selling costs rose by 231%, administration expenses mounted by 26%, whereas, its non-core expenses dropped by 63%.

Due to excessive short-term borrowings, the company’s financial charges soared significantly by 176% to Rs 244.2 million from Rs 88.6 million.

Despite the company witnessed an increase in net profits, the earnings per share of the company exhibited a decline of 14% from Rs 0.8 per share to Rs 0.69 per share.

Finance Ministry gives details of debt increase in one year

HBL leads the way as the only bank with a branch in Gwadar, China