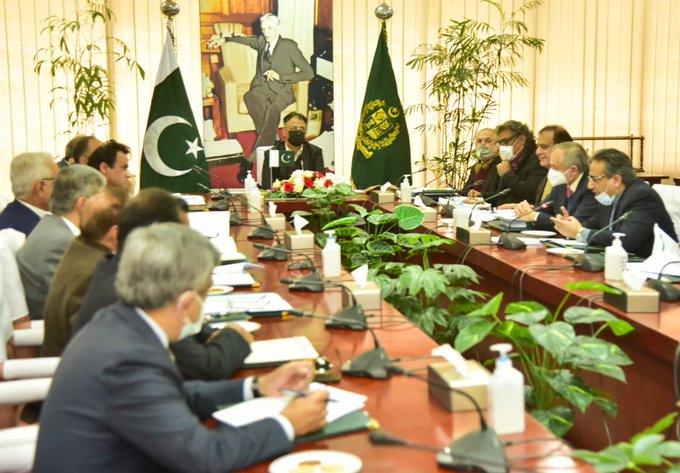 January 22, 2021 (MLN): A meeting of the Cabinet Committee on Energy (CCOE) was held under the Chairmanship of Federal Minister Asad Umar today.

CCoE discussed a proposal presented by Petroleum Division for moratorium/discontinuation of natural gas supply for captive power generation. The proposal covers industries that are connected to the power grid and therefore have an alternative electricity source.

Petroleum Division briefed CCoE that gas supply will continue to the industries where it is being utilized for manufacturing, or where primary utilization is not for power generation. Industries would not face any disruption in the supply.

The cabinet committee approved the proposal presented by Petroleum Division and advised the applicability of the policy from first February on all industries. For the export-oriented industry, the policy would be applicable from the first of March, 2021.

The cabinet committee directed that sufficient time be given to the industry to apply for new connections from the electric utilities. Discos will expeditiously process new connections and load enhancement applications for industries and ensure quality of supply to industry.

The cabinet committee, while approving the proposal presented by Petroleum Division, directed to institute a transparent and verifiable process for implementation of the new measures and arrange third party verification as well.

The Petroleum Division explained cabinet committee that the measures taken would increase the overall utilisation and efficiency of the scarce natural resource (domestic gas) as large power plants are at least 30 percent more efficient than CPPs.

In the long-term, around 3,000MW load is expected to move to the power grid, which will help in reducing average cost of power as well as support in reducing circular debt buildup.

The measures taken would, in the short term, make around 150 million cubic feet per day (mmcfd) of natural gas available for use in the power sector, which will replace expensive power generation on backup fuels.

Power Division further noted that the industry not currently connected to the power grid, will be encouraged to shift from gas-based captive power generation to the national power grid.

Horticulture exports back on agenda – PHDEC revived by Commerce Ministry

Investors mixed as the index holds firm during initial hours

Tractor production grew by 27.42 % in first half of current FY

Johnson & Phillips Pakistan requests PSX to remove its name from...