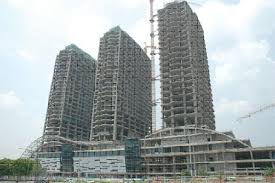 December 11, 2018 (MLN): The Supreme Court of Pakistan has removed the ban on construction of high-rise buildings with more than six storeys in Karachi. As per reliable sources, a hearing at the honorable court regarding this matter, took place earlier today.

As an aftermath of the decision, demand for commodities associated with the construction industry, such as cement and steel is expected to rise in future.

Previously in May 2017, Sindh Building Control Authority (SBCA) had issued a notice on construction of skyscrapers and multi-storey buildings, placing a ban on the ones that go beyond ground plus two stories.

As per the SBCA’s statement, the ban was placed due to a letter received from the Local Government Department in compliance with the Supreme Court's orders.

The Supreme Court had restrained SBCA from issuing building approval plans for new high-rise and multi-storey commercial and residential projects, without the availability of proper water supply and sewerage systems.

However, as a result of this, many projects were shelved including 20 that came within the high-density zone of the city. This caused colossal losses to builders.

A lawyer representative of the Association of Builders and Developers declared that there was no water shortage in the city, but prevalent mismanagement in water distribution.

Taking notice of the situation and the fact that the court could not shutdown an industry which provided employment to so many people, Chief Justice Saqib Nisar in January 2018, ordered that the builders could construct only six floors in the projects strictly subject to ensuring availability of spaces for parking and other amenity purposes.