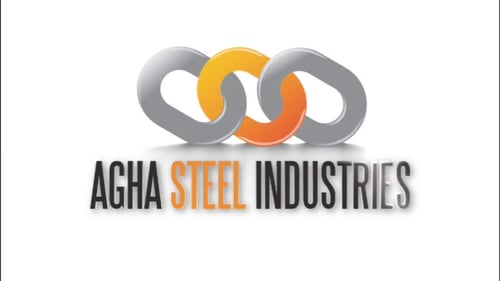 December 14, 2020 (MLN): Agha Steel Industries Limited (ASIL) has been an outdoer so far, with delivering solid profits over the last two or so years compared to its competitors who either posted losses or barely made any profits.

The company is a Composite Steel Manufacturer in Pakistan, uses electric arc furnace which provides the flexibility to use Direct Reduction Iron (DRI) along with other blends of scrap materials as inputs of production. Given that DRI costs significantly lower than steel scrap (current cost differential is USD70 per ton), it gives ASIL a room to have higher gross margins than its competitors.

To highlight, during 1QFY21, the company posted gross margins of 22%, whereas its competitors – MUGHAL and ASTL, made margins of 11% each. The use of DRI is what allows the company to post higher margins compared to its peers as it reduces company’s production cost by Rs 7,000 per ton lower.

Alfalah Securities in its latest report on Steels and Allied Products, says that Agha steel’s competitive advantage due to electric ARC furnace will enable it to grab sizable market share post 400k ton expansion (coming online in early FY22). At estimated rebar sales of 160,000 tons & billet sales of 69,000 tons, the earning of the company is expected to double in FY21 from Rs2.14/ share in FY20, the report mentioned.

As per the estimates of the Brokerage House, at optimal capacity of new plant, ASIL can post earnings of Rs 8.86/sh. Note that AGHA has been holding low cost inventory on its balance sheet, hence the outgoing quarter will see bumper earnings based on lower cost of goods sold per ton coupled with rising rebar prices, the report projected.

During 1QFY21, ASIL’s stock in trade stood at Rs 8.36 billion which is more than twice of last quarter’s cost of good sold of Rs 3.93 billion. According to the report, this indicates six months lagged pricing of raw material while estimating earnings of 2QFY21. Thus, drop in global steel scrap prices during Q4FY20 will have positive impact on Agha’s profitability in 2QFY21. In addition to this, assuming a nominal growth in volumes, coupled with rebar price increase of Rs 3,000/MT will increase Company’s expected profitability in 2QFY21 on post-IPO number of shares.

With regards to business expansion, report highlights that the company is planning to aggressively expand into Northern market with four-fold expansion of sales team and opening of several field offices in Saraiki belt extending from Multan to Pattoki in last few months.

After the introduction of Micro Danielli Rolling Mill,  the next probable move of the company is to penetrate into Northern market by offering discounts as the company is changing its strategy with plans to expand its retail footprint in the south and establish its network in the northern region assisting ASIL to leverage its significant cost advantage over peers, report added.