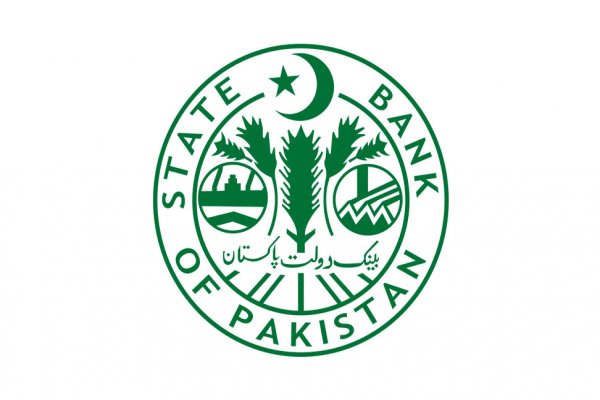 January 08, 2020 (MLN): Not all Central Banks’ schemes and announcements work as envisaged. In fact, most governments and Central banks face criticism. Some schemes get moving because they are financially viable, technologically feasible and administratively doable while some do not work at the ground level in terms of the benefit accrued to the masses – perhaps making a grandiose announcement about schemes is a political necessity.

Since the outbreak of COVID-19, the State Bank of Pakistan (SBP) took several measures to safeguard economic activity in the country. On March 17, 2020, SBP introduced Temporary Economic Relief Facility (TERF) to stimulate new investment in the manufacturing sector.

Later, the central bank also introduced TERF to provide stimulus to the economy by supporting new investment and balancing, modernization and restructuring (BMR) of the existing projects.

According to the research report by Topline Securities, the companies will benefit in two ways- interest savings to the tune of 500-600bps and greater economic viabilities of expansions.

It is pertinent to mention that this scheme is valid for projects where LCs/Inland LCs are established by March 31, 2021.

The scheme has received a strong response from businesses as applications for financial assistance have crossed the Rs 500 billion mark. In comparison, the approved financing has reached Rs 278 billion, which is more than the initial threshold of Rs 100 billion. As of December 31, 2020, there are 346 projects receiving financing, out of 534 requests received

The report analyzed that companies involved in sectors such as cement, steel, packaging, food, appliances, auto assemblers, auto vendors, chemicals and textiles amongst others have received approval for their projects and will expand in the next two to three years. The research identified some companies so far through discussions with management or publicly available notices that have received or applied for financing under TERF.

Under the scheme, DG Khan Cement Company Limited (DGKC) has received the full amount of Rs 5 billion for a coal power project at the Hub site. This facility is likely to provide pre-tax savings of Rs 275 million per annum (Rs0.6/share). Hub plant of the company also has a 5-year tax exemption. Furthermore, for brownfield expansion, the company has also applied for another Rs 5 billion.

Going by the report, Maple Leaf Cement Factory (MLCF) has applied for TERF for its new brownfield expansion of cement plant. The company is awaiting the Punjab cabinet’s approval for its new expansion and management is optimistic regarding meeting the timeline of Mar 31, 2021, regarding the establishment of LC.

Kohat Cement Company Limited (KOHC) is availing TERF for expansions communicated to the exchange on Oct 26, 2020. The company aims to set up an additional cement mill of up to 300tph. The estimated cost for this project is Rs 1.26 billion. This project will enhance operational efficiencies and will reduce power consumption costs.

While LUCK has already utilized Rs 2 billion in ordering Wärtsilä generator engines. Another generator is expected to arrive soon.

The report highlighted Chemical companies that availed and applied for TERF financing. As per research, Engro Polymer and Chemicals Limited (EPCL) can avail TERF financing for setting up a unit of hydrogen peroxide. To note the company issued preference shares of Rs 3 billion last month to complete the expansion of PVC whereas, ICI is availing Rs 5 billion for its soda ash expansion project. This will result in interest savings of Rs2/share annually.

In line with the company's long-term strategic direction, International Industries Limited (INIL) has started a process of availing the Temporary Economic Refinance Facility (TERF) for Rs. 700 million to finance the sustenance capital expenditure for steel division and capacity enhancement of the Cold Rolled Steel tubes, HDPE water pipe & duct and PPRC pipe for both hot & cold water and significant capacity enhancement of the Stainless-Steel tubes.

International Steels Limited (ISL) is also planning to undertake expansion/BMR. However, there is no concrete plan yet. As per Topline’s research, UNITY has received an allocation of Rs 800 million for its expansion projects namely fractionation among others.

For the launch of the new model, Pak Suzuki Motor Company Limited (PSMC) is planning or applied for the TERF facility. Nishat Mills Limited (NML) is also planning to avail this facility for spinning, weaving and some portion of terry business. Textiles already have some kind of concessionary financing under the Long Term Financing Facility (LTFF).

In view of the rising demand for polypropylene bags produced by the company, Cherat Packaging Limited has decided to enhance its production capacity by installing its fourth Polypropylene line for woven bags. The total cost of the project is approximately Rs. 1.10 billion and it is expected to be commissioned by December 31, 2021. The project will principally be financed through a long-term loan.

The index started the week on a cheerful note as investors welcomed the FY22 budget. However, the index turned red later in a week as investors resorted to profit-taking due to ongoing IMF discussions, upcoming FATF review, and rupee instability which kept the market under pressure.

Meanwhile, the KSE All Share Market Cap increased by Rs36.3billion or 0.43% over the week, being recorded at Rs8.394trillion as compared to a Market Cap of Rs8.358trillion recorded last week.

Figures released by NCCPL showed that foreigners emerged as net sellers this week, as they sold a net $6.76mn worth of stocks against a net sale of $7.467mn last week. The bulk of selling amounting to $4.717mn was done by Foreign Corporates.

June 20, 2021 (MLN): The latest weekly roundup is here to update few financial and economic releases, providing a guide to monitor trends in the upcoming week.

Private sector borrows a net sum of Rs.24.08 billion during the week