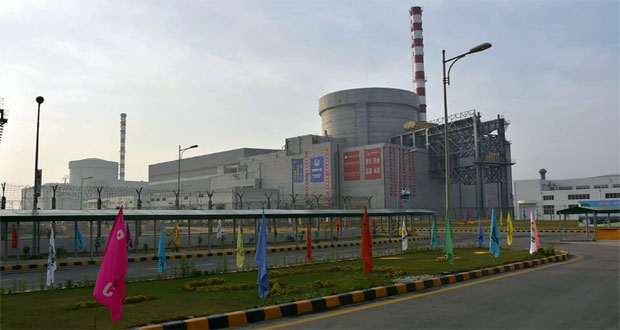 October 1, 2018 (MLN): As per the bulletin issued today, the 1320 MW coal-fired power plant of the China Power Hub Generation Company (Pvt.) Ltd, being constructed in Hub, Baluchistan, has achieved a major milestone by interconnecting with Pakistan’s National Grid, subsequently achieving back energization of its 500KV GIS from Jamshoro side of the transmission lines.

With this achievement, CPHGC has officially entered into Hot Commissioning phase of the complex that would lead to synchronization of its 1st Unit with the National Grid in December 2018, said in a press release.

The process of power back-feeding was completed after a series of key steps such as line connection, site acceptance tests, high pressure test of GIS, injection test and inter tripping test all witnessed by relevant regulatory authorities.

The whole operation was completed safely and all the parameters of the relevant grid equipment were found within normal limits, as per the bulletin.

The statement further added that after energizing the 500 KV system, CPHGC has achieved energization of start-up transformer and 10 kV auxiliary power system, and is preparing for the system commissioning of Unit 1.

According to the press release, the milestone was achieved in collaboration with the production and technology departments of CPHGC and National Transmission & Dispatch Company.

Speaking at the occasion, Mr. Zhao Yonggang, CEO, CPHGC thanked the officials of the NTDC and said he looks forward to the continued support of the NTDC. “The achievement of this major milestone also indicates that we are on track on meeting the deadline of August 2019 for the COD”, stated in a press release.

Furthermore, as per bulletin, Zhao Yonggang said that CPHGC is a prime example of the bonds of friendship that exist between Pakistan and China. Here the Chinese and the Pakistanis are working together to help alleviate the problem of electricity shortage that will go a long way in helping to strengthen the Pakistani economy,” he concluded.