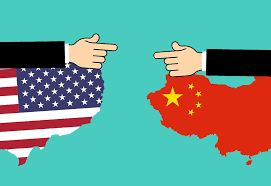 The summit comes just days after China launched ballistic missiles in the flashpoint waters as part of live-fire exercises and as Washington and Beijing clash over a range of issues from trade to the coronavirus.

Ministers will be joined by US Secretary of State Mike Pompeo and his Chinese counterpart Wang Yi for their first summit since the US announced sanctions on Chinese companies over Beijing's construction of artificial islands in the disputed waters.

The resource-rich South China Sea is claimed in its entirety by Beijing but is also contested by Vietnam, the Philippines, Malaysia, Brunei and Taiwan.

A fresh spat between China and the Philippines over Scarborough Shoal — one of the region's richest fishing grounds — also hangs over the talks.

“The Chinese Communist Party is engaged in a clear and intensifying pattern of bullying its neighbours,” Pompeo said ahead of the summit.

Tensions over the Korean Peninsula will also be high on the agenda. Talks between Pyongyang and Washington on North Korea's nuclear arsenal have been stalled since the collapse of a Hanoi summit between leader Kim Jong Un and US President Donald Trump last year.

The coronavirus pandemic is set to feature heavily in discussions, after Vietnam, the current chair of the Association of Southeast Asian Nations, warned at a meeting in June that the fallout from the virus had swept away years of economic gains in the region.

ICCI calls for maximizing exports under GSP Plus

Urea sales account for an increase of 24%, YoY in October