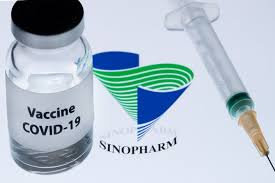 Dec 09, 2020: The United Arab Emirates on Wednesday officially registered the coronavirus vaccine produced by Chinese drug giant Sinopharm, saying it was 86 percent effective according to analysis of third-phase trials.

The health ministry “has announced the official registration” of the vaccine, state news agency WAM said, without elaborating on how it would now be used.

The vaccine has been undergoing third-phase trials in the Emirates since July, and it was approved for emergency use for healthcare workers in September.

“The announcement is a significant vote of confidence by the UAE's health authorities in the safety and efficacy of this vaccine,” WAM said.

UAE health officials have reviewed Sinopharm's interim analysis of the third-phase trials which shows it is 86 percent effective against coronavirus, the report said.

“The analysis also shows the vaccine to have 99 percent seroconversion rate of neutralising antibody and 100 percent effectiveness in preventing moderate and severe cases of the disease.

Two vaccines have undergone third-phase trials in the UAE, the Sinopharm project and Russia's Sputnik-V, named after the Soviet-era satellite.

Dubai ruler Sheikh Mohammed bin Rashid Al-Maktoum said in November that he had received an experimental coronavirus vaccine, joining other top UAE officials to take part in the trials.