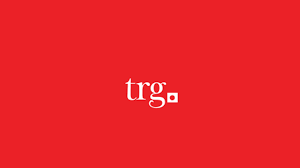 April 30, 2020 (MLN): TRG Pakistan Limited’s net losses for the nine-month period ended on March 31, 2020, has increased significantly by 63.35% YoY to Rs 493 billion, compared to the losses of Rs 3 billion in the corresponding period of last year.

During the period, the revenues of the company reached Rs 70 billion representing a notable growth of 36.5% over the same period last year, aided by a weaker Rupee against the US Dollar.

According to the company’s quarterly report issued right after financial results, TRG’s operating subsidiaries incurred a net interest expense of Rupees 3,728 million to service their respective loans and lines of credit. Our total corporate overheads for the nine months were Rupees 377 million. In non-cash adjustments, the company had depreciation and amortization expenses of Rupees 4,293 million, stock option charge of Rupees 140 million and exchange loss of Rupees 117 million which helped in extending the company’s net losses.

In addition to this, the company incurred a non-cash interest expense of Rupees 1,617 million on account of preferred shares issued by the TRG’s subsidiaries and tax expense of Rupees 339 million further crumbled company’s income.