Home Dialogue with executive Steel industry should be part of govt’s track and trace program: ASTL... 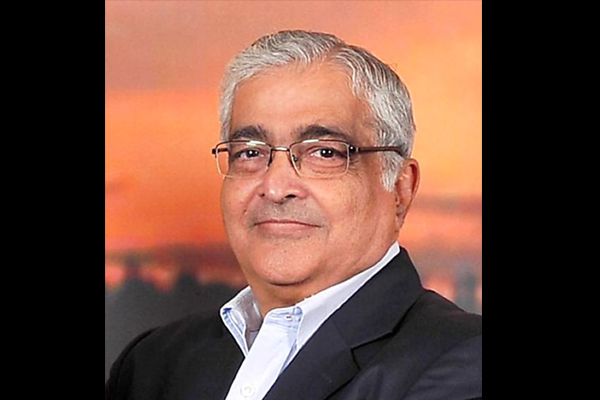 After bleeding for two consecutive years amid a slowing economy, the fortunes of the steel industry are finally changing. In 2QFY21, the sector recorded its highest-ever quarterly profits (in the Foundation Securities universe) at Rs4.1 billion, registering a year-on-year increase of a whopping 913%.

Quite a few factors have contributed to this return to profitability and unbelievably high growth numbers. First, obviously it is coming off a very low base. Second, demand for construction has revived, partly thanks to the government’s amnesty scheme and a package for the sector. As a result, the steel industry, particularly the long products, has seen a spike in offtake.

But overall supply and demand still seem to be below the FY17 highs, when the economy was going through a boom. To understand where the steel sector is headed towards, Mettis Global interviewed ASTL Chairman Abbas Akberali. Like its peers, Amreli has also seen significant improvement in bottom line as profit after tax during 2QFY21 clocked in at Rs312 million from a loss of Rs232m in the corresponding period of last year.

The excerpt below has been edited for length and clarity.

Why are ASTL’s gross profit MARGINS lower than its peers?

AA: Our costs are not very different from others, the production process is also the same. Naturally the question arises, why a fully documented company, with a single product line i.e. steel bars, is declaring a better GP. Except for one (Agha), all companies have almost similar GPs. Mughal has a higher one because it has export sales of copper ingots. The other reason for variations in GP is the accounting practices, especially depreciation estimates and inventory valuation policies.

What kind of demand are you expecting in rebars once the Naya Pakistan Housing Scheme comes into full force?

AA: There will be a significant demand once the issues of land, deeds and other issues are sorted out. But at the same time, international prices for steel are on the up, accompanied by increase in electricity tariffs, general inflation and energy charges etc. These are all pass-through items and will raise the costs.

In my view, the Naya Pakistan Housing Authority should buy in bulk from people like us and the prime minister should give a special package to the authority that whatever steel it buys will be without sales tax and customs duties. So that they can purchase centrally and then distribute it to all the contractors at their price. Don’t go for importing the finished products, grow the local investments, spur demand.

How big is the overall market for long products and is there any export potential?

AA: Unfortunately all numbers in the end are guesstimates, but we should have anywhere beetwen 7m and 8m tonnes of demand for long. As for export potential, there is some for high-quality manufacturers but they won’t be able to do it since the regime is so stiff. If I get an order from, say, Sri Lanka or Afghanistan, and have the product in my stocks, I should be able to load it on the container and dispatch it the next day. But there should be a mechanism that as your bill of lading is issued, we should be credited to our account the same or the following day. If I have to wait for refunds then that will take years.

Like most other industries, steel is also marred by issues of quality and undocumentation. What can be done to change this culture?

AA: Under the banner of Large Steel Manufacturers, we have met with the government and presented our memorandum of understanding on the matter. The menace of substandard production is going on at a very rapid pace, along with flying invoices, in steel and is doing a great deal of damage to the documented sector of the economy. Because of fake invoices and the use of deviant methods by manufacturers, which leads to non-payment of full taxes, which

The government and the Federal Board of Revenue need to take a serious look into it by including the steel sector in the track and trace regime being envisaged. If it has already been implemented in 4-5 industries, then why not steel? This way we know what is produced, marketed and at what prices so everything comes under documentation. It should be applied to long and flat products as well as pipes alike.

Steel sector is facing another issue of transactions, which can be done through cash, letters of credit, pay orders or account payee cheques.

Cash cheques should not be allowed in the industry, only the account payee cheques. We have an economy in which 42-45% is cash in circulation. Why is the government not giving incentives on doing transactions through the banking channels? It can be done through tax credits, applying the 80-20 rule. People who have 80% of the transactions through banks should be given tax rebates and will encourage documentation in the economy.

What’s the share of the undocumented sector in the long products?

I would say that about 55-60% of the steel bars are in the undocumented, oblique and substandard production methods category and not in conformity with Pakistan Standards & Quality Control Authority.

We are in discussions with them as to how to reduce or phase out the production and marketing of substandard bars. Time and again, they have been given a grace period, of about 7-8 years, to come transition towards the standards but since there is no intensive efforts by the relevant agencies, it has not yielded fruitful results.

A lot of people think bars are bars, regardless of the quality but what we don’t realize is Pakistan’s seismic position is extremely sensitive. One hit would flatten out most of the construction, something we saw in the 2005 earthquake. If I am correct, Pakistan Atomic Commission took 100 samples from the rubble and tested them, which the majority failed as they were not in conformity with the standards.