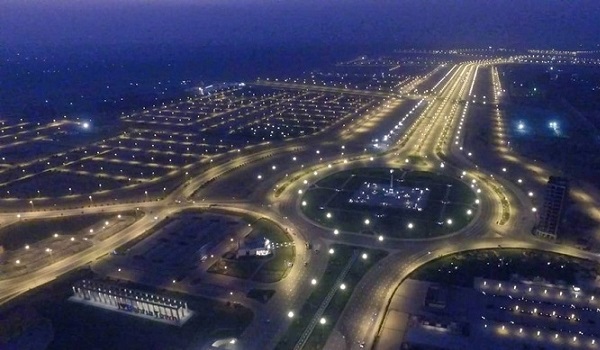 A three-judge special bench of the apex court was hearing a case pertaining to the implementation of its May 4, 2018 verdict against the Bahria Town.

During the course of proceedings, Bahria Town's counsel Barrister Ali Zafar offered Rs 200 billion for the dams fund to waive charges against the real estate developer for its projects in Karachi, Islamabad and Murree.

Justice Azmat Saeed observed that three separate verdicts had been passed against Bahria Town, which should offer reasonable amount of fine separately for each case.

To this, Ali Zafar  increased the offer to Rs 250 billion.

The court observed,”This is not a suitable way to deal with the Supreme Court. We may ask the National Accountability Bureau to file a reference.”

Subsequently, the counsel sought a one week's time to file a reply.

Accepting his request, the court directed Bahria Town to submit separate offers in writing in all the three cases.

In its May 4 judgement, the court had declared the grant of land to the Malir Development Authority (MDA) and its exchange with the land of Bahria Town illegal and void. It had also directed NAB to continue its probe into the matters of the developer.