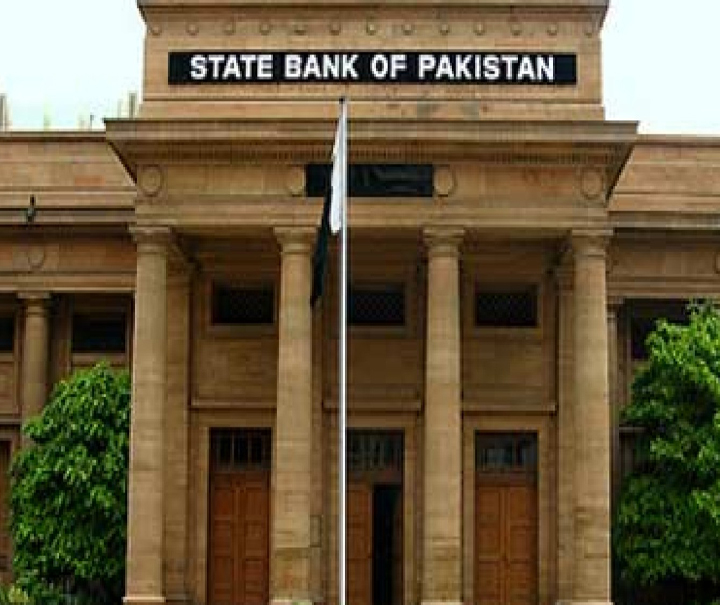 The State Bank of Pakistan strongly criticized the water pricing system in the country and asked for due attention as lower tariff rates has been one of the biggest which dampened the government exchequer of not collecting the enough funds for construction of any reservoirs.

The State Bank of Pakistan released its annual report and said that extremely low water tariffs are distorting incentives for water conservation.
Ideally, water prices should reflect the value that users generally place on their consumption. In this way, a proper pricing strategy can be used as a tool not only to recover the cost of operation and maintenance of the system, but also to contain water losses and promote conservation. In Pakistan, canal water charges, also called abiana, are very low, as the canal irrigation cost stands negligible when compared to its close alternate, say tube well irrigation.

Furthermore, abiana rates have no link with the amount of water being consumed. Currently, provincial governments charge a flat rate as abiana on the basis of cropped area. As a result, once the cropped area has been determined, the incremental cost of applying extra water falls to zero. Similarly, the tariffs are unreflective of the water intensity of various crops. For example, rice and cotton on average are charged at Rs 85 per acre; even though rice consumes 60 percent more water than cotton.

The prevailing pricing structure, which has no link with consumption, discourages water conservation. Thus, in agriculture, where farmers do not have an incentive to invest in simple and cheap technology (e.g., laser leveling of land and bed-furrowing), the use of more advanced technologies (e.g., drip irrigation and sprinkler) becomes out of question. Thus, large quantities of water are allowed to flow in the fields allowing for wastages through evapo-transpiration.

Water tariffs are also extremely insufficient to maintain the water infrastructure, which is already in precarious condition. To put this in perspective, even if we assume the maintenance cost at around one percent of the value of the stock of infrastructure, this would translate into water charges of Rs 1,800 per hectare. In comparison, the abiana rate varies in the range of Rs 85 per hectare in Punjab to Rs 617.8 in KP. More importantly, the recovery remains considerably short of the assessed amount. One reason is the absence of any legislation to penalize defaulters.

Often the budgetary constraints resulted in maintenance delays; sometimes maintenance work suffered as a large share of O&M expenditure was made on operational heads such as salaries. The gradual crumbling of water infrastructure contributes to extensive conveyance losses. According to estimates, canal conveyance efficiency is 78 percent, i.e., over one-fifth of canal water is lost before reaching the farm gate; an additional one-fourth of the water is wasted during its application in the field. An almost similar situation prevails in water delivery to households, where the operating cost is significantly higher than the revenue. For example, operating expenses of The Karachi Water and Sewerage Board (KWSB) in Karachi were 13 percent higher than its revenue.

The revenue bill collection is also very dismal: the average recovery is around 64 percent, and it ranges between 21 percent for Quetta and 98 percent for Lahore. This situation results in a vicious circle where insufficient funds deteriorate the quality of water delivery service, which means that users are less willing to pay, and leading to fewer funds being available for maintenance. Large investment to upgrade the water infrastructure and recovering its maintenance cost from users is one of the possible options. It may be noted that farmers already pay exorbitant amounts on diesel pump for tubewells, as this ensures them reliable supplies of water and results in higher productivity.

Federal Government to provide 65 Percent amount for construction of CRBC in D.I.Khan