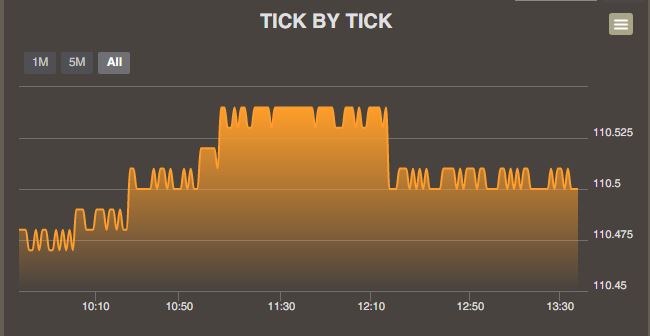 After a tumultuous week in the Forex markets, the Rupee has finally found a range for itself. The Rupee opened at 110.49/51 on day break. The fluctuation remained rather placid as Rupee touched it’s highest to 110.54/55.

The Rupee witnessed an abrupt depreciation during the last week after State Bank withdrew its support for the local currency, declining by 5 Rupees during the 7 days.

Analysts expect that the economic landscape is to change in the coming few months as inflation will rise to hit the 6% Target set by SBP. Furthermore, the Banks are of the opinion that the Central Bank may look to raise the rates during their meeting in March next year as well.

On the other hand, Overnight SWAPS remain negative.