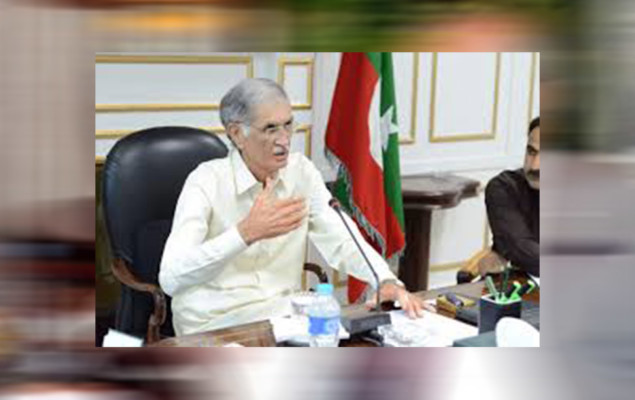 He was presiding over a meeting to review progress of CPEC projects in the industries, energy and transport sectors here at Chief Minister House Peshawar.

The meeting was attended by Secretaries of Finance, Energy, Transport, Planning & Development departments and other high ups of the concerned sectors that focused on China-KP Economic Cooperation and the projects in industries, transport and energy sectors.

The provincial government had already signed MoUs with the Sino Hydro companies. Chief Minister said that he should be updated on the outcome of the incoming core committee meeting adding that the province had agreements for investment in the 600 MW of electricity in Chitral.

Other projects in energy would be made part of the CPEC as MoUs signed in this regard. Some of the projects had been cleared by the cabinet and the rest should be brought to the cabinet for final approval. Pervez Khattak directed for the futuristic strategy for laying down the transmission line from the project to the main grid with the future needs and requirements in mind.

Reshakai economic zone is the most suitable location connecting the whole province for economic trade and commercial activities therefore work should be planned with the timelines and the progress reviewed regularly adding that the financial model should be immediately prepared to be followed a feasibility report.

He also talked about the extension of Hattar industrial state and the cooperation with Chinese government for Chinese machinery at Daraban D.I.Khan.

He directed for putting on ground other such activities made with the Malaysian investors and other investors. He said the government would strictly follow the law and would ensure that no injustice was done to anyone in the process of land acquisition adding that he had already laid down the foundation and established a workable system in the province for the land acquisition and other requirements under the law of the land.