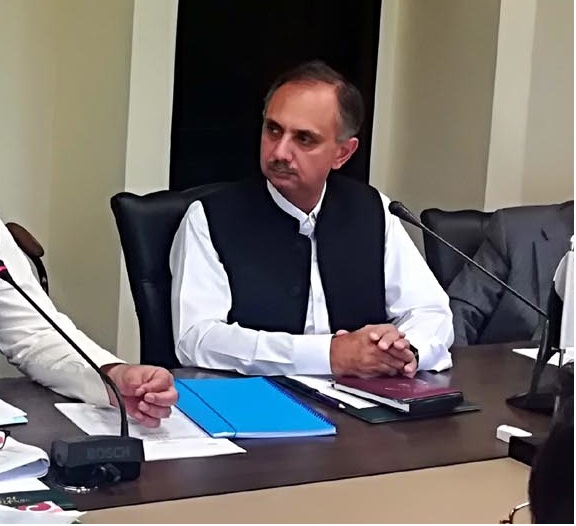 Feb 24, 2020: Minister for Power Division Omar Ayub Khan on Monday said that that power sector of the country has the potential of over $ 100 billion investment.

Speaking at inaugural ceremony of NEPRA Energy Week here, the minister said electricity generation side had $ 40 billion and $ 20 billion each distribution and transmission investment potential. New and latest technology was being introduced in energy sector of the country, he added.

He said energy sector was very important as it was affecting all citizen of the country. The country economy also depended upon availability of affordable and sustainable energy, he added.

The minister said the incumbent government was paying special focus on availability of affordable and sustainable energy to the consumers. Power purchase agreements signed during past governments' tenures were looked as the consumers had to bear the burden of capacity payment, he added.

He said currently 70 per cent of total energy was being generated through imported fuel, resulting spending precious foreign exchange reserves. “We are dealing with these issues confronted to us,” he said.

However, the minister said that the government had decided to generate 70 to 80 per cent energy through indigenous resources including Renewable, hydel, coal and nuclear by 2030 in order to ease pressure on foreign exchange reserves.

Under the strategy, the share of clean and green Renewable Energy (RE) and hydel energy would be enhance to 30 per cent each by 2030 while 10 per cent each would be added through coal and nuclear resources, he added.

Similarly, the minister said efforts were also being made to manufacture equipments like wind turbines and solar panels in the country.

Speaking on the occasion,Chinese ambassador Yao Jing said the power sector in Pakistan had witnessed visible changes during the tenure of incumbent government.Investment under China Pakistan Economic Corridor (CEPC) would have positive impact on Pakistan's economy, he added.

He said overall structural reforms were taking place in Pakistan adding that energy sector reforms would be fundamental for promoting exports. He said the Chinese government would continue cooperation with Pakistan in agriculture, science and technology. Situation due to Coronavirus was improving in China and projects under CPEC would not affect due to the virus, he added.

He said the CPEC would open new era of development and prosperity in Pakistan.

Speaking on the occasion, Chairman CPEC Authority Lt Gen (R) Asim Saleem Bajwa said that CPEC was a reality which would be carried forward.

He said most projects particularly in energy sector under CPEC phase-1 had already been completed adding that all projects of its Phase-2 would also be completed during the stipulated time frame.

He said Coronavirus would not effect pace of work on CPEC projects. After the completion of Phase-1 of CPEC, phase-2 was being launched, he said.

Under Phase-2 of CPEC, cooperation would be enhance in industrial, agri and science and technology sectors, Asim Saleem said.

He said expeditious work had already being carried out of Western route of CPEC besides taking pragmatic steps to take benefit from Thar coal. He said the people would soon reap fruits of CPEC projects.

He said work has already been launched on Mohamand dam and Dasu Hydropower power project Phase-1. He expressed the hope that the projects would be completed by 2024.