PIA to begin new flights to China and Saudi Arabia 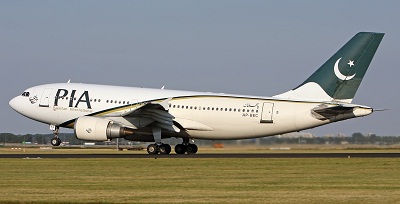 PIA is planning to introduce new destinations and increase its flights to Saudi Arabia and China. This decision has been taken after comprehensive analysis and detailed evaluation of existing network, as said by PIA Spokesperson. He said we have prepared a detailed business plan with focus on reduction in operating losses by minimizing the cost structure and optimization of revenues as a consequence of improvement in overall product and customer experience.

Spokesperson said that soon flights to Jeddah will be increased from 28 to 31 per week and Medina from 09 to 10 per week. Keeping in view the future potential of CPEC, flights to Beijing are also being doubled from 02 to 04 per week with operation from Islamabad and Karachi. Similarly capacity on Domestic routes is also being increased to provide better connectivity. New destinations, Guangzhou in China, Al-Qasim in Saudi Arabia and Mashad for Zaireen will also be opened.

In this regard the interiors of all existing Boeing 777 fleet are being upgraded along with state of the art in-flight entertainment system. New uniform designed for Cabin Crew has been widely appreciated and this will be followed by new uniform for ground handling staff along with ongoing extensive training on Customer handling skills.

The Spokesperson said that in line with industry practice, the entire network structure is being revamped with expansion on existing potential routes, opening up new destinations and rationalization of capacity on loss making routes. Passengers of flights for Kuwait and Salalah (Oman) which will be temporarily suspended will be re-accommodated through convenient alternatives. However, the resumption of operation will be considered based upon commercial merit and viability.

These collective efforts will be instrumental to re-structure the airline through network rationalization, product improvement and reduced cost base, concluded PIA Spokesperson.