Home Commodities Per capita water availability down by 83% during last 66 years: WAPDA... 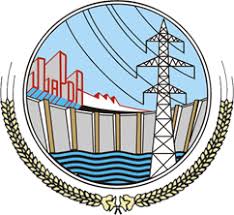 According to WAPDA Findings, with the current infrastructure Pakistan can only hold 10 percent of its annual flows of water. The water stored is only sufficient for 30 day usage.

Highlighting the losses, the Report mentions that a total of 29 million acre feet of water is lost to leakages from Kotri Barrage. The reports further says that the situation would become unmanageable if more dams are not created to increase the capacity of storing water in the country.

Furthermore, more than 20 million acres of land can be brought under irrigation with the help of these dams.

September 22, 2020: Pakistan has been able to demonstrate better outcomes than most other emerging market countries both in terms of being able to control the spread of the Coronavirus and in managing its economic consequence.

This will be highlighted at a high-level event titled ‘Coping with COVID-19: The Pakistan Experience’ today to be hosted by a US and British-based think tank the Center for Global Development.

Three government officials including Federal Minister for Planning Asad Umer, Special Assistant to the PM on Social Protection and Poverty Alleviation, Dr. Sania Nishtar and Governor of the State Bank of Pakistan Dr. Reza Baqir will speak at this high-level panel discussion.

Production of petroleum products jumped by 13.5% in Fiscal year 2018

PKR depreciates by 1.4 rupees against USD

Global recession not as deep as expected in 2020: OECD