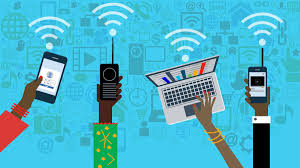 The report was released during the World Internet Conference – Internet Development Forum kicked off in Wuzhen, Zhejiang province, highlighting digital empowerment for a better future.

During the event, China Internet Development Report 2020 was also released. This is the fourth year for the release of the two blue books during the World Internet Conference, and their findings are becoming a characteristic of global Internet research.

“We have selected 48 countries across five continents.

According to the results, in terms of Internet development, the United States and China are still ahead of other countries, and European countries are strong and relatively balanced,” said Xia Xueping, head of the Chinese Academy of Cyberspace Studies.

He called for cooperation between enterprises in countries that are weak in Internet industry and China's existing Internet operators, equipment manufacturers, information service providers.

“The premise is to strengthen openness and cooperation. Chinese companies are willing to cooperate and provide them with better services,” he added.

Pakistan has 169 million mobile phone users and only 87 million fixed broadband Internet users by August 2020, according to the Pakistan Telecommunication Authority. As Pakistan has a population of more than 200 million, its broadband subscribers account for less than 50%.

Touching on the prospects of Internet development in Pakistan, Li said Pakistan has enormous growth potential. Pakistan has always attached great importance to information technology and its role in serving the public, and its Internet practice is worth introducing and recommending.

“The public can get more information and better service via the Internet, especially for countries with hundreds of millions of people in Asia”, he added.