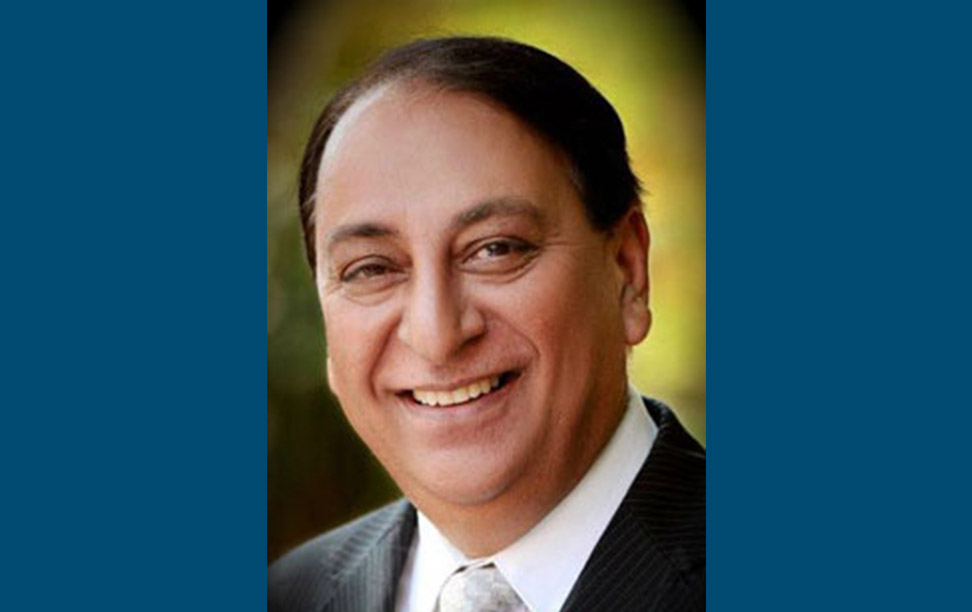 Pakistan's Minister of State for Finance Rana Muhammad Afzal has expressed optimism for early resumption of banking ties between Islamabad and Tehran.

In an interview with IRNA, he said that he is giving extra focus on banking ties with Iran so that the two friendly neighbors can have better trade relationship.

He said that we need to develop banking relationship, in this connection very soon we should be able to have the banks on both sides to open letters of credits and do some business.

Minister said that bilateral meetings between the two countries are taking place regularly and we want to increase trade between our two countries and Iran is doing trade with many countries.

The minister said Iran's ambassador has informed him that sanctions do not cover many types of trade between Iran and Pakistan. So we are working on this very keenly with a focus that how we can improve our trade ties with Iran.

He said that Pakistan is trying to have some private banks interested in opening branches and taking business from each other.

Banking sector in Pakistan is in private hands and there is only one government bank, Afzal said.

He said more business delegations exchange and more facilitation at the government level will enhance trade between the two countries. There is already good will in Pakistan.

He maintain that we have surplus food items and Pakistan has rice to export and textiles and Iran has petroleum products. Regional trade is always a better trade so we are trying to do within the permissible limits. Unfortunately, due to sanctions our business has gone down. It is not only Iran that has suffered but Pakistan has also suffered, so we want to solve this problem, he said.

Exports of Pharma products plunge by 32.27% MoM in August

September 21, 2020( MLN): The Monetary Policy Committee (MPC) of the State Bank of Pakistan (SBP) in its meeting held on September 21, 2020 in Karachi, has decided to maintain the Policy Rate at 7 percent.

The Market expectation was that the Central Bank would maintain status quo.

September 21, 2020 (MLN): There were as many as 29 suspicious transactions that took place between Pakistani banks and the rest of the world, an investigation by ICIJ revealed on Monday.

The investigation titled ‘FinCEN Files’ further revealed that nearly USD 1,942,560 were received by Pakistan and USD 425,000 were sent to various parts across the world.

Bank Alfalah emerged as the only Pakistani bank that was a part of a two-way transaction, as it sent UD 452,000 and received USD 99,480.

It was further revealed that these transactions were processed via 2 U.S.-based banks, which filed suspicious activity reports with FinCEN.

Some of the main highlights of the investigation show that global banks moved more than $2 trillion between 1999 and 2017 in payments they believed were suspicious, and flagged bank clients in more than 170 countries who were identified as being involved in potentially illicit transactions. The figures include $514 billion at JPMorgan Chase and $1.3 trillion at Deutsche Bank.

September 21, 2020 (MLN): Pakistani rupee (PKR) depreciated by 47 paisa against US Dollar (USD) in today's interbank session as the currency closed the day's trade at PKR 166.3 per USD, against last session's closing of PKR 165.83 per USD.

The rupee saw a volatility free session as very little movement was recorded trading in a range of 52 paisa per USD showing an intraday high bid of 166.37 and an intraday Low offer of 165.93.

Alternatively, the currency gained 1.7 rupees against the Pound Sterling as the day's closing quote stood at PKR 213.53 per GBP, while the previous session closed at PKR 215.25 per GBP.

Similarly, PKR's value strengthened by 45 paisa against EUR which closed at PKR 196.18 at the interbank today.

On another note, within the money market, the overnight repo rate towards close of the session was 6.75/6.90 percent, whereas the 1 week rate was 6.95/7.00 percent.

Sep 21, 2020: The import of mobile phones into the country has witnessed an increase of 87.37 percent during the first two months of ongoing financial year (2020-21) as compared to the corresponding period of last year.

On year-on year basis, the import of mobile phones witnessed increased of 85.84 percent in August 2020, as compared to the imports of the same month of last year.

On month-on-month basis, the imports of mobile phones also increased by 7.02 percent during August 2020, as compared to the imports of US $147.999 million during July 2020, according to the data.

It is pertinent to mention here that the country trade deficit witnessed reduction of 8.32 percent during the first two months current fiscal year (2020-21) as compared to the deficit of the corresponding period of last year.

During the period under review, the country’s exports registered negative growth of 4.27 percent, by going down from $3.744 billion last year to $3.584 billion during the current year.

Avanceon Ltd signs contract worth Rs100 million with a...

September 21, 2020 (MLN): Avanceon Limited and its subsidiary Avanceon FZE have signed Supply, Installation, Maintenance and Upgradation Contracts worth over 100 Million PKR with a major supplier of natural gas in Pakistan. Avanceon will be providing a wide range of services to install, maintain and upgrade critical systems at multiple gas fields.

According to a notification issued to PSX in this regard, the projects will include Avanceon’s first Service Level Agreement (SLA) for Schneider Foxboro I/A Series Distributed Control Systems which will be serviced by the After-Market Support (AMS) division.

This is a major success for Avanceon’s AMS portfolio as previously the customer engaged the OEM directly for support and SLAs. Avanceon is a certified Alliance Partner of Schneider Electric and has proven its technical expertise across various portfolios. The SLA will be for one year and will conclude in 2021.

The scope of work for Avanceon will include,

· Supply of Material (Hardware and Software)

· Onsite Commissioning and Start Up Services.

· Installation and Integration Services and Commissioning of Supplied Materials

· Operational & Maintenance Training for the customer at Avanceon facility

Avanceon will also provide the following services for a critical exploration well for the customer.

‘The series of projects are a major step forward for Avanceon’s Oil & Gas and AMS portfolio. The projects are currently underway and will be commissioned within the agreed timeframe’. the notification added.

Time may be allowed for the impact of recent policy developments: SBP

“Qatar could procure goods and services from Pakistan for FIFA world cup 2022” –...