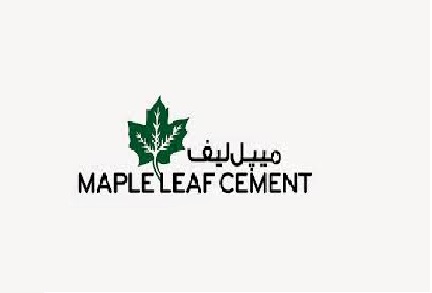 January 15, 2019 (MLN): Maple Leaf Cement Factory Limited has presented its quarterly progress report on its expansion project for the period ended December 31, 2018. The report states that the Company has undergone to set up an additional dry process clinker production line of 7,300 tons per day grey clinker production, a brown field expansion at the Company’s existing site in Iskandarabad, to enhance total grey cement capacity up to 18,000 tons per day.

In this regard, the Company, after signing EPC contract, has opened Letter of Credit as on March 17, 2017 in favor of plant supplier, M/s FLSmidth, A/S Denmark, for supply and setting up of the said production line, the noticed revealed.

Total project is now estimated at a revised cost of Rs. 26 billion including the impact of recent devaluation of Pak Rupee. Project cost is being financed approximately 59% from debt and 41% from equity. Project is accelerating as per the plan and Rs. 21 billion has been paid to date which is approximately 81% of the total project cost.

Letters of Credit for supply and setting up of engineering and equipment of complete cement plant from M/s FLSmidth, A/S Denmark, amounting to Euro 79.6 million i.e. Rs. 11 billion has been established through National Bank of Pakistan. Till the quarter ended December 31, 2018, all the plant related shipments have been received at project site.

The progress on electrical work at site is also up to the mark and progressing as per the plan. Approximately 47% of electrical work has been completed up to December 31, 2018.

From December 03, 2018 onwards, the Company shall start phase-wise commissioning test of installed equipment which is expected to complete by March 31, 2019. Commercial production from new line of 7,300 tons per day is expected to commence in the beginning of 4th quarter of current financial year.