HomeEconomyIssuance of visas to Pakistanis will be resumed soon: UAE Envoy
Economy

Issuance of visas to Pakistanis will be resumed soon: UAE Envoy 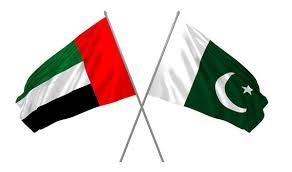 The Minister said 1.5 million Pakistani workers in the UAE are valuable asset, and they send foreign exchange reserves worth about five billion dollars to Pakistan annually. He said the UAE government's cooperation will be required for extradition of the Pakistanis imprisoned in the UAE.

He said efforts will be continued for promotion of bilateral ties.

The UAE Ambassador said the visa restriction on Pakistani citizens is temporary. He said this matter is being worked out, and hopefully, issuance of visas will soon resume.

He said the Pakistani community has an exemplary role in development of the UAE, and their wellbeing is among our priorities.