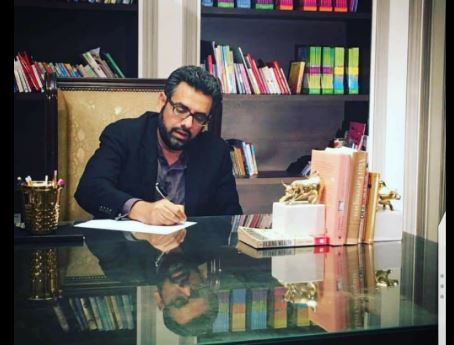 January 10, 2022 (MLN): Following a request from the Pakistani authorities, the Executive Board of the International Monetary Fund (IMF) has postponed the review of its $6 billion loan programme scheduled for Jan 12, Spokesperson to the finance minister, Muzzammil Aslam said today.

When contacted about the exact date for consideration of Pakistan’s request by the Fund’s Executive Board, the Spokesperson told Mettis Global that the review is now expected to take place between Jan 28 to 31.

Earlier today, Muzzammil Aslam via his official Twitter handle informed that the finance division has officially requested the IMF to reschedule the meeting of the Board of Directors for the approval of the 6th review till the end of January as Pakistan has so far been unable to pass Finance (Supplementary) Bill 2021 which is necessary for the fund's release.

Pursuant to his statement, concerns are being surfaced up on social media that there are certain conditions by the IMF board which still need to be met. To note, the monetary policy second meeting is due on January 24 and rates could further be hiked.

While refuting such rumours in the market, Muzzammil Aslam said that the approval of the two bills, Finance (Supplementary) Bill 2021 and State Bank of Pakistan (Amendment) Bill 2021, is necessary to ensure that the sixth review of the country’s $6bn Extended Fund Facility gets cleared by the IMF’s Executive Board.

“As soon as the legislative procedures are completed, the IMF board will consider it for approval,” the spokesperson said.

To recall, the government on Jan 4 presented the controversial Finance (Supplementary) Bill 2021, following its introduction in the National Assembly on Dec 30, 2021, along with the State Bank of Pakistan (Amendment) Bill 2021. However, the bill has faced severe criticism from the opposition amidst rising inflation, as it proposes to slash a number of duty exemptions and introduce new revenue measures.

Nevertheless, the government is confident that it would pass the budget later this month.

PKR depreciates by 34 paisa over the week

Pakistan LNG gets single bid from Qatar Energy at $39.80/mmbtu for...