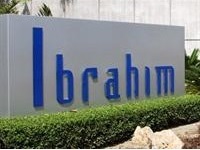 February 11, 2019 (MLN): Pakistan Credit Rating Agency has maintained entity ratings of Ibrahim Fibres Limited at ‘AA-’ for long-term and ‘A1+’ for short term, with a stable outlook forecast.

Given demand pattern and efficient production, Ibrahim Fibres is expected to hold performance trend. In recent years, the company’s bottom-line had been a function of a reliable dividend stream of investment in Allied Bank Limited, an associated company.

Recently, the said investment was sold to the Group holding company, Ibrahim Holdings (Private) Limited. Though the recurring stream of income has stopped, the resulting cash flows were primarily used to adjust debt levels, resulting in significant financial cost savings.

The company is in the process of expanding its spinning capacity which is expected to come online in 4QFY20. The ratings further incorporate the company's association with the Ibrahim Group, which has demonstrated strong support.

The ratings are dependent on the company’s ability to sustain its margins and profitability. Optimal utilization of upcoming capacity enhancement and improvement in margins is considered important. Excessive borrowings and/or prolonged downturn in margins would impact the ratings.