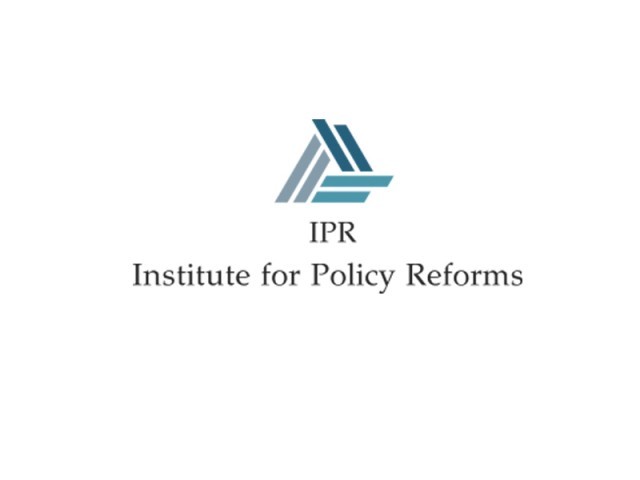 “The economy missed all targets set by government for fiscal 2016-17, except inflation”. This is stated in the Annual Review of the Economy 2016-17 issued today by the Institute for Policy Reforms.

Many economic indicators worsened during the year. Fiscal consolidation gains of recent years also took a major retreat and the economy was in severe imbalance.

Though there are signs of revival in FY 18, as seen in several areas, including first quarter FBR revenue growth of 21%, export revival, continued growth in private credit, and energy supply, the economy’s weak fundamentals suggest that these gains may be short lived.

Macro-economic indicators are major cause of concern with external vulnerability especially alarming. Current Account Deficit was USD 12.1 Billion, 4 % of GDP.

Past IPR reports have cautioned about the unsustainability of the external sector. In June 2017, reserves were less than four months import. Since then, reserves have declined further while imports have grown. In 2016-17, foreign exchange drawdown was USD 2 Billion, while external debt grew by USD 9.1 Billion. Of this, public external debt grew by USD 4.7 Billion, and in turn USD 4.2 Billion of which was market rate borrowings.

This trend has continued into FY 18 with a widening current account deficit in July-August 2017-18. Import that reduces foreign exchange reserves even when it builds the economy’s productive base, cannot go on for more than the short term. In 2016-17, Pakistan paid USD 8.15 Billion in interest and principal or 53% more than in 2015-16. Of the USD 2.8 Billion increase in total debt servicing, USD 2.1 Billion was for government debt. Total government debt servicing was USD 6.3 Billion.

“We need further study to confirm if recent market rate borrowing is being used to liquidate past liabilities, including those on concessional rates.

Pakistan’s ambitious investment plans entail large Balance of Payments outflows in the medium term. There is no known government plan on how this will be met. There is an assumption that these investments will generate enough foreign exchange for future outflows. Without meaningful forecasts from the government, this is as work in progress.

The report also highlights other macroeconomic weaknesses. Overall fiscal deficit was 5.8% of GDP against government’s target of 3.8%. Both primary and revenue balance were negative.

FBR revenue grew by 8% over 2015-16 receipts. The contribution of Direct Tax to total revenue increased to 40% of total. After two years of double digit decline, exports fell by another 1.6% in 2016-17. They have revived since March 2017. The revival partly results from major fiscal incentives granted in January 2017 and again recently. There is no sign of improvement in competitiveness or export of value added products.

Pakistan’s economic fundamentals cannot improve without addressing the political economy of public finance. To grow, the economy needs higher savings and investment. In 2016-17, national savings declined to 13% of GDP. Domestic saving was an abysmal 7.5% of GDP. Investment was 15.8%, the savings deficit was met from external inflows. With an ICOR of 4, these rates of savings and investment cannot yield sustained growth. In recent years, investment in manufacturing as a share of total private investment has declined.

The sector had a share of 22.7% in total private investment in 2006-07. This fell to 14.1% in 2016-17. While it is encouraging to see consistent increase in total federal PSDP budget in the last three years, the Report has concerns with some of government’s priorities.

In recent years, budget for the water sector, higher education, and national health services were reduced. Since then, they have plateaued. The water sector, which is critical, has suffered specially. Job growth is below needs. Conservative estimates suggest that an added two million young people enter the job market each year. Decent jobs are needed to defuse the time bomb posed by the youth bulge.

No new tax to be imposed in upcoming budget: Hafeez Shaikh

Imports into Pakistan come down by 9.4% MoM in August: PBS