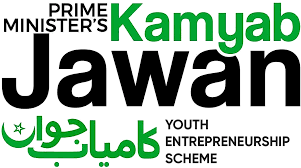 Govt. loans surge by Rs.66 billion in a week

Cherat Cement enters into an agreement with PEDO for sale of...