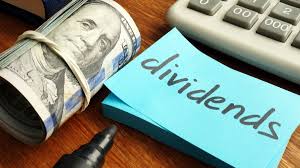 November 23, 2020: Dividend payouts by the world's biggest firms in 2020 will fall by 17.5%-20%, equivalent to some $263 billion, as a result of the coronavirus crisis, a report on Monday forecast, but could rebound strongly next year.

Although the prediction by investment firm Janus Henderson represents a smaller dividend drop than some had feared at the outset of the COVID-19 pandemic, it will be the biggest since at least 2009 in the wake of the global financial crisis.

Dividends are a major source of income for both public and private pension funds, but companies trying to cope with the coronavirus cut them by $55 billion, or 11.4%, in the third quarter after a $108 billion 22% plunge between April and June when uncertainty over the course of the pandemic peaked.

However, some firms that axed payments have restarted them, even if at lower levels, while vaccine breakthroughs are also providing hope of a bounce back in 2021.

“This has been the worst year since the global financial crisis,” Jane Shoemake, Janus Henderson's Investment Director for Global Equity Income, said.

“(But) if life starts to return to some form of normality even some of the hardest hit companies (such as travel, leisure and retail firms) will be able to start to pay dividends again.”

Next year's rebound could be as high as 12% depending on the path of the pandemic and whether Europe's banks are allowed to restart dividends again, the report estimated, although in a “worst-case scenario” they might flatline.

“We still have the winter to get through. It is not going to be a clear path.”

Broken down by sector, the worst declines in Q3 were from consumer discretionary companies, down 43% in underlying terms, with carmakers and leisure companies making the deepest cuts.

Geographically, Britain's banks and oil firms meant its payouts fell nearly 42% on an underlying basis, while Australia which has also clamped down bank dividends saw a 40% drop.

U.S. dividends were down 3.9%, with the impact felt in share buybacks instead. Japanese payouts fell 16% with exporters especially hard hit, whereas a 3.3% rise in China and near 10% jump in Hong Kong made for a rare bright spot.

Big tech has largely shrugged off the pandemic and Microsoft is set to become the world's biggest dividend payer for the first time with a near 10% rise in its impending Q4 payout.

“In the last 10 years you have seen a massive shift… There are tech companies that are just throwing off so much cash,” Shoemake said.

UK economy climbs 0.8% in May as lockdown eases