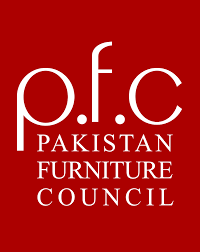 He expressed these views while talking to media during his visit to TEXPO, 2019 exhibition as guest of honour  being held at Expo Center today,” said a press release.

He said it was  good omen  that the textile industry exports was likely to cross US $ 15 billion mark and this would likely be a record achievement of textile exports in such a short span of time.

He demanded a fast track establishment of Integrated Textile and Apparel Parks enabling plug and play facilities for local and foreign investors.

Mian Kashif said currently, the textile sector was the country's largest industry in terms of exports, exporting US $ 14 billion worth of goods annually. The second largest segment is rice, which generates  US $ 2 billion through exports, but Pakistan's furniture exports stand at a meager US $ 51 million.

He said if the government extended its support to furniture companies, the volume of export could touch the figure of US $ 5 billion for the next five years.

He urged the government for focus on skill development programmes for the export-oriented industries with a view to promoting the country’s value-added sectors.

He said  liberal visa regime would help the textile and furniture industry to introduce their innovative and latest designs to foreigners visiting Pakistan and exhibitions in this regard would be very fruitful.

He said the variety and traditional expertise of woodworkers and craftsmen has a huge potential for exports, and could cater not only to local market but also to the wealthy looking for unique furniture items at international market,” he added.

Mian Kashif said there is a need to devise a comprehensive strategy to promote the industry on commercial basis which would not only support the manufactures but also increase our export across the world.

He said good working environment would enhance the capacity of our workers enabling them to compete internationally. He further said foreign companies have shown keen interest in Pakistani market.

He urged the Pakistani businessmen to start joint ventures with their foreign counterparts.

September 24, 2020 (MLN): Pakistani rupee (PKR) appreciated by 26 paisa against US Dollar (USD) in today's interbank session as the currency closed the day's trade at PKR 165.96 per USD, against yesterday's closing of PKR 166.23 per USD.

The rupee endured a relatively dull trading session with very little intraday movement, trading in a range of 34 paisa per USD showing an intraday high bid of 166.25 and an intraday Low offer of 165.95.

Alternatively, the currency lost 14 paisa to the Pound Sterling as the day's closing quote stood at PKR 211.19 per GBP, while the previous session closed at PKR 211.06 per GBP.

On the other hand, PKR's value strengthened by 87 paisa against EUR which closed at PKR 193.51 at the interbank today.

On another note, within the money market, the overnight repo rate towards close of the session was 7.05/7.10 percent, whereas the 1 week rate was 7.00/7.05 percent.

September 24, 2020: Oil prices dropped on Thursday, weighed down by concerns that US economic recovery is slowing as the coronavirus outbreak lingers, while a renewed wave of COVID-19 cases in Europe have led to reimposed travel restrictions in several countries.

The jitters over demand and economic outlook due to the coronavirus resurgence have prompted a rally in the dollar as investors turned to safer assets, adding pressure to oil prices. A stronger dollar makes oil, priced in US dollars, less attractive to global buyers.

Still, fuel demand in the US remains subdued as the pandemic limits travel. The four-week average of gasoline demand was 8.5 million barrels per day (bpd) last week, the government data showed, down 9% from a year earlier.

Prices turned down after data showed US business activity slowed in September, US Federal Reserve officials flagged concerns about a stalling recovery, and Britain and Germany imposed restrictions to stem new coronavirus infections -- all factors affecting the fuel demand outlook.

"Consumption outlook concerns are rising as COVID-19 restrictions return in Europe, and the clamour from the Federal Reserve for more US fiscal stimulus, undermines the global recovery case, the lynchpin for oil's price recovery."

On the supply side, the market remains wary of a resumption of exports from Libya, although it is unclear how quickly it can ramp up volumes.

Closing Bell: Index slides yet again; down by 1.04%