Home Economy Foreign office needs to be taken on board for promotion of trade:... 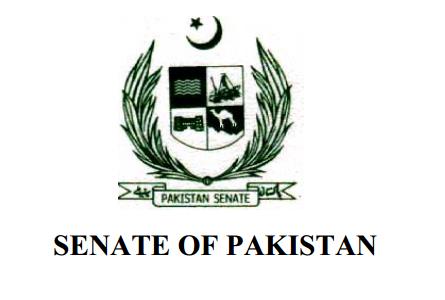 The agendas taken up by the Committee pertained to briefings by the State Life Insurance Company (SLIC) on unclaimed policies, and the Trade Development Authority (TDAP) regarding on promotion of exports of Pakistan.

Deliberating over the measures taken by TDAP to promote business abroad, the Committee was informed that Pakistani exporters are meeting with the chambers, trade associations and potential buyers in visiting countries.

Outcome of the trade delegation depends on product acceptability, pricing and compliance.  It asserted that to explore new markets the foreign office would need to be taken on board.

While discussing unclaimed insurance benefits the Committee was informed that one major impediment faced by the organization is lack of a centralized database of deaths.

NADRA has created software that is being used by respective Union Councils for issuance of death certificates; however, the same is not linked with NADRA. This has limited regulatory compliance.

It was revealed that NADRA has refused to conduct bulk verifications which is a major impediment in paying off claims.  The Committee directed that the concerned Ministry and NADRA facilitate SLIC to support their work. A letter will be written to NADRA in this regard at the earliest and it will be summoned in the next meeting.

While being briefed about the steps taken by SLIC to reduce business procurement costs, and resolve the issue of dummy agents, the Chairman and members of the Committee appreciated Chairman SLIC, Mr. Mohammad Younus Dagha for his efforts in making SLIC a more efficient organization.

PRL starts producing FO and HSD under its new...

July 16, 2020 (MLN): Pakistan Refinery Limited has released the details of its new operational strategy, which involves the implementation of new crude oil recipes.

As a part of the strategy, the new crude oil recipes are expected to positively change the product slate and make Refinery compliant with regulatory requirements. According to the latest notification issued by the company in this regard, the following progress has been achieved so far:

The Refinery is presently producing the Fuel Oil (FO) of new emission-standards enforced by the International Maritime Organization 2020 (IMO-2020) carrying a much higher price than High Sulphur FO which was previously produced.

The Refinery has also started producing the EURO-ll compliant High-Speed Diesel (HSD) w.e.f July 14, 2020. This has enabled Company to save the price differential and High Sulphur penalty imposed on the non-compliant HSD.

The above efforts are to improve future refinery-margins and to help the Company in achieving regulatory compliance. However, based on the present unstable business situation and depending on the margins, the Company will review its strategy regularly and, if required, may change it accordingly.

PKR weakens by 32 paisa against greenback

The rupee traded within a very narrow range of 34 paisa per USD showing an intraday high bid of 167.10 and an intraday Low offer of 166.85.

Alternatively, the currency gained 95 paisa against the Pound Sterling as the day's closing quote stood at PKR 209.37 per GBP, while the previous session closed at PKR 210.33 per GBP.

Similarly, PKR's value strengthened by 30 paisa against EUR which closed at PKR 190.36 at the interbank today.

On another note, within the money market, the State Bank of Pakistan (SBP) conducted an Open Market Operation in which it injected Rs.143 billion for 8 days at 7.01 percent.

July 16, 2020: On Wednesday at Pakistan Mercantile Exchange Limited, PMEX Commodity Index reversed its losses by gaining 17 points and closed at 4,500-mark. The traded value of Metals, Energy and COTS/FX was recorded at PKR 11.030 billion and the number of lots traded was 10,638.

Pakistan Economic Survey to be launched on Thursday

IMF, WBG to hold annual meetings in a virtual format