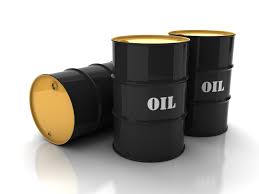 March 07, 2022: The leaders of Germany, Britain and the Netherlands cautioned Monday against abruptly banning Russian energy imports as part of sanctions against Moscow over its invasion of Ukraine, saying there were no immediate alternative supplies.

The pushback came after the United States on Sunday said it was in “active discussions” with European nations about shutting down Russian oil imports as further economic penalty over Moscow's aggression.

“Supplying Europe with energy for heat generation, mobility, electricity supply and industry cannot be secured in any other way at the moment,” he said.

“It is therefore of essential importance for the provision of public services and the daily lives of our citizens.”

Russia is one of the world's biggest crude producers and is also a leading supplier of natural gas.

Europe's top economy Germany is heavily dependent on Russian fossil fuels, importing an estimated 55 percent of its gas and 40 percent of its oil and coal from Russia.

Like other European nations, Germany has vowed to wean itself off Russian energy by boosting the use of renewables, but the government has stressed that the switch will take time.

In London, British Prime Minister Boris Johnson said moving away from Russian oil and gas was “the right thing to do” but had to be a “step by step” process.

“We have got to make sure we have substitute supply. One of the things we are looking at is the possibility of using more of our own hydrocarbons,” Johnson said at a Downing Street press conference.

“The painful reality is we are still very much dependent on Russian gas and Russian oil,” he said.

“We have to be very clear and make no mistakes here.

“This is a step by step approach and that means that we have to make sure that the energy supplies in this part of the world, again, including Ukraine, but also the rest of the world are not hindered.”