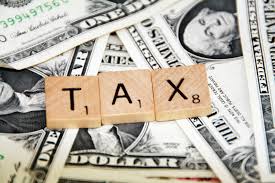 September 24, 2018 (MLN): Chairman of The Pakistan Economy Watch (PEW), Brig, Muhammad Aslam Khan (Retd.) on Sunday pronounced the Eighteenth Amendment of the Constitution as having an inefficient impact on revenue generation within the country.

On Sunday September 23rd 2018, Brig. Khan said that the Eighteenth Amendment of the constitution has added to confusion in the taxation system.

“It has divided taxation system in an unnatural way hampering documentation of the economy, helping the undocumented economy and increasing the cost of doing business for the business community,” he added.

Raising further objections to the amendment, he said that the VAT is collected by a single authority in all the countries except for Pakistan where the tax on services gathered is by provinces, some of whom are facing lack of relevant laws, human resources, paraphernalia, and ability.

He underlined the consequences of implication of the amendment, saying that, “the capacity constraints have resulted in low tax collection which has a negative impact on the overall collection.

On the occasion, Dr. Murtaza Mughal said that the orchestrators of the 18th Amendment were not concerned about the welfare of the masses. They were concerned about politics otherwise corrective measures would have been taken after the realization of the devastating consequences of the move on dozens of sectors.

He noted that a country can never progress without a just and sound VAT, therefore, the incumbent government must take corrective measures.