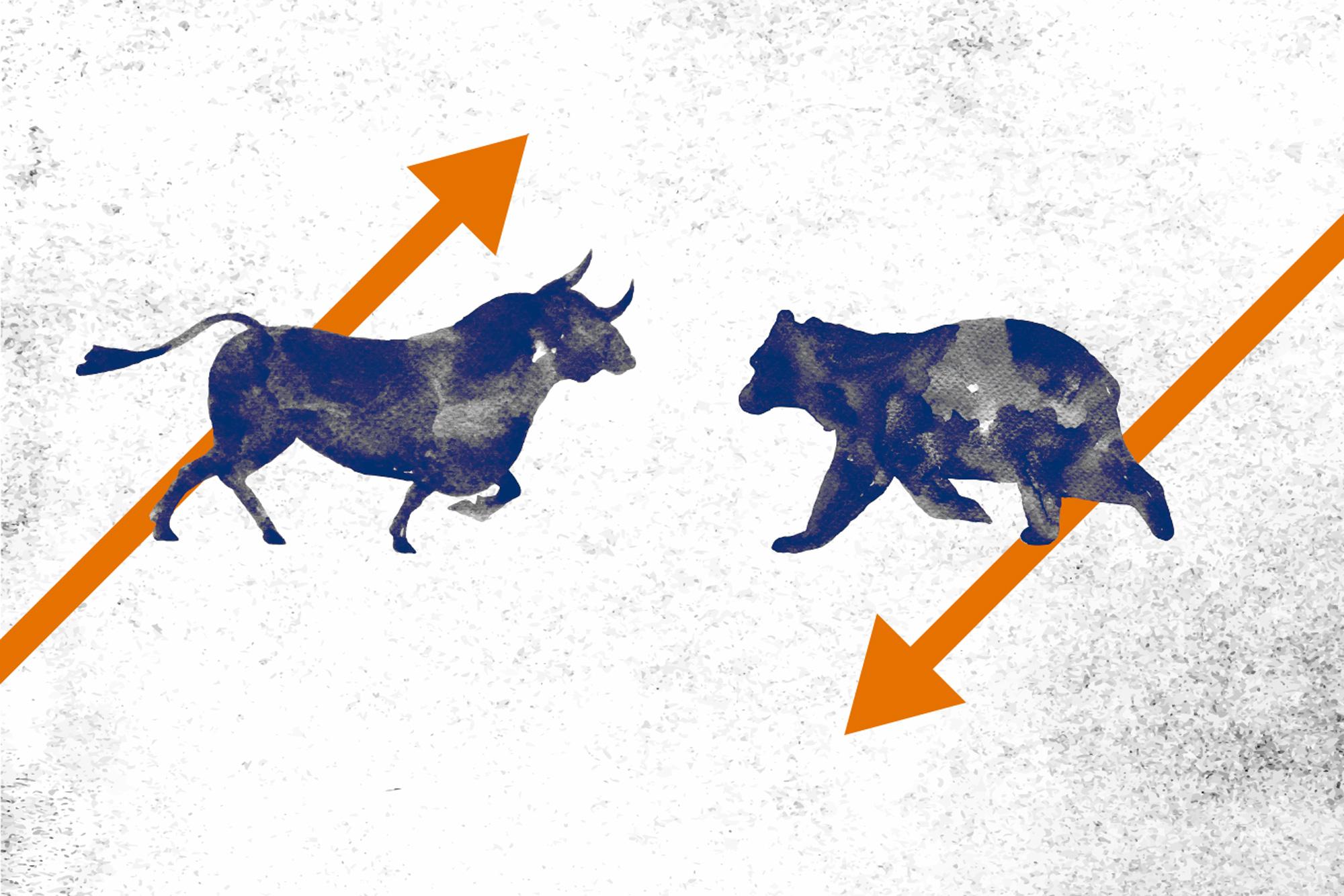 May 14, 2020: With the current projections of negative 1.5 GDP growth rate owing to COVID-19 pandemic impact, the country’s economy would turn around to witness 2 percent growth in upcoming fiscal year (2020-21), Advisor to Prime Minister on Finance and Revenue, Dr. Abdul Hafeez Shaikh said on Thursday.

Participating in a Webinar on “Pakistan Economy: Post COVID-19”, organized by Institute of Chartered Accountant of Pakistan (ICAP), the advisor said that Pakistan was expecting around 3 percent growth during the current fiscal year, however it would end up negative 1 to 1.5 percent due to coronavirus impact.

However, he said the when the situation improves; the GDP was expected to grow by 2 percent next year.

Likewise, the advisor said that the fiscal deficit, which was projected at 9 percent this year compared to the target of 7 percent, would also be brought down next year while, the debt to GDP ratio would also be reduced.

Talking about the post COVID-19 situation, the advisor said that the International Monetary Fund (IMF) had predicted 3 percent global growth.

The contraction in global economy had been affecting the country’s exports as had been witnessed in April during which the exports decline by 40 percent as compare to last April.

Likewise, unemployment was going up due to lockdown and low economic activity while the revenue collection also declined so the expenditure side was going to be affected.

He said that the government had taken comprehensive measures and announced Rs 1.2 trillion economic stimulus package to help businesses and vulnerable segments of the society deal with the challenges of coronavirus.

He said that IMF had been supportive of government’s stimulus package, which was introduced by the government to check contraction of economy, while the package given to construction industry would also help keep the economy activities on.

He said that when the government came to power, the country was facing severe economic crisis, however efforts were made to get the country out of these crisis while certain tough decisions were made which ultimately produced results.

Due to those policies, he added, the current account deficit was reduced from $20 billion to just $3 billion. Likewise, stagnant exports started witnessing growth whereas rupee was allowed to find correct value in market,

In addition, confidence was restored in global players and financial institutions after the country entered into IMF program which provided $ 6 billion whereas as Asian Development Bank (ADB) and World Bank (WB) were also backing the country.

Mango production declines by 50% due to climatic effect

May 18, 2022 (MLN): The talks between Pakistan and the International Monetary Fund (IMF) have started today in Doha to discuss the release of the remaining $1 billion tranche under the Extended Fund Facility (EFF), Ministry of Finance tweeted today.

The talks are part of the ongoing 7th review of the Extended Fund Facility that Pakistan signed in July 2019, where the key issues such as increase in revenue collections and the removal of subsidies on petrol and electricity will be discussed.

VIS assigns long-term rating of A+ to NCPL on...

Long-term rating of ‘A+’ signifies good credit quality; Protection factors are adequate while risk factors may vary with possible changes in the economy. Short-term rating of ‘A-2’ denotes good certainty of timely payments coupled with sound liquidity and company fundamentals. Outlook on the assigned ratings is ‘Stable’.

Nishat Chunian Power Limited (NCPL), a subsidiary of Nishat Chunian Limited, has been operating a 200 Megawatt (MW) RFO-based power plant for more than a decade. The plant is situated in District Kasur, Punjab. Assigned ratings takes into account the 25-year power purchase agreement with CPPA-G, which will expire in 2035 while ‘take or pay’ arrangement alleviates off-take risk. In addition, ‘Implementation Agreement’ provides sovereign guarantee for cash flows, contingent upon adherence to stipulated performance benchmarks. Ratings also draw comfort from the company’s association with Nishat Chunian Group; one of the leading groups in Pakistan with sizable financial strength and presence in textile and power generation. An experienced in-house team is managing operations and maintenance (O&M) of the plant and has demonstrated a satisfactory operating track record.

Ratings further take note of developments with regards to amendments in existing contractual arrangements, which mainly entails settlement of long outstanding dues (first installment of 40% is received while second installment of remaining 60% is committed to be paid by Sep’22), discounts in tariff components, sharing of future savings in fuel and O&M, reduction in delayed payment rate and conversion of PPA to 'take and pay' basis when CTA is fully implemented. In addition, dispute relating to withheld capacity payment was settled by extending the PPA term by 75 days.

Sales revenue has declined as long-term loan repayment component of the capacity tariff ceased (with effect from July’20), which also significantly impacted profitability margins. Retirement of entire project-related LT debt liability (last installment paid in Nov’20) eased pressure on liquidity while debt coverage metrics have remained strong. Given the same, leverage indictors have also depicted considerable improvement. On the flipside, build-up of receivables, if not arrested may impact cash flows from operations, going forward. In view of funding cash cycle delays, NCPL has not paid any dividend since last two years. Going forward, maintenance of performance levels in line with benchmarks would remain a key rating driver.

The world's third-largest economy shrank 0.2 percent quarter-on-quarter in the January-March period, slightly less than the market expectations of a 0.4 percent contraction.

It followed a modest rebound in the final three months of 2021 that proved short-lived after Japan put Covid restrictions in place as an outbreak fuelled by the Omicron coronavirus variant took hold in January.

Growth was also hit by the rising cost of imports with energy prices surging and the yen falling to its lowest level against the dollar in 20 years.

Economists expect the economy to recover again in the April-June quarter now that virus restrictions have been lifted, but caution there are some caveats.

"We see three headwinds to this expected recovery," said UBS economists Masamichi Adachi and Go Kurihara in a note ahead of the GDP data release.

"First is a rise in food and energy prices. Second is a drag from the lockdown in China," and third is the risk of a potential resurgence in virus infections, they said.

Others point to ongoing uncertainties linked to "tensions in international relations and military conflicts", according to a survey among economists conducted by the Japan Center for Economic Research.

During the current earnings season, major Japanese firms such as Sony and Nissan have offered cautious forecasts because of the uncertainty, particularly over supply chain disruption and the effect of Covid lockdowns in China.

Wednesday's data showed the economy's rebound in the last quarter of 2021 was 0.9 percent, slightly weaker than an initial estimate of 1.1 percent growth.

Japan is battling a series of economic headwinds linked to the pandemic and Russia's invasion of Ukraine, which has sent energy costs soaring.

The yen has also slumped against the dollar, with a widening gap between Japan's ultra-loose monetary policy and tightening in the United States as the Federal Reserve attempts to combat inflation.

Rising energy prices and other hikes are squeezing Japanese consumers and businesses, with household spending dipping 2.3 percent in March from a year earlier.

Analysts have warned that the pace of nominal wage increases in Japan is unlikely to track rising prices, dampening spending appetites.

Last month, the government unveiled a 6.2 trillion yen (around $48 billion) economic package that included handouts for low-income families to help cushion the impact of rising prices and energy costs.

Looking ahead, "net trade will boost growth over the coming months as supply shortages ease and the weak yen boosts exports and softens demand for imports," Tom Learmouth, Capital Economics economist, said in a note.

"With coronavirus cases continuing to fall and nearly 60 percent of the population triple-jabbed, another round of restrictions looks unlikely for now."

"However, we expect GDP growth to disappoint across 2022 due to the hit to household income from higher inflation and signs that elderly consumers remain wary of catching the virus," he added.

Japan has seen a smaller Covid outbreak than many countries, although cases surged because of the highly transmissible Omicron variant.

The country has recorded around 30,050 deaths despite avoiding harsh lockdowns.

May 18, 2022 (MLN): Melting down in a perfect storm of panic caused by uncertainty over the IMF tranche and the silence of the State Bank of Pakistan, the Pakistani rupee (PKR) has plummeted by over 2 rupees in the intraday trade against the greenback.

Mango production declines by 50% due to climatic effect

May 18, 2022: Due to climate changes, shortage of electricity and diesel, increase in cost of packaging processing and high freight charges, exporters as well mango growers have to face a crisis during the current mango season. Pakistan is facing a 50% drop in mango production this year due to the effects of climate changes and high temperatures.

All Pakistan Fruit and Vegetable Exporters Association (PFVA) has curtailed its export target by 25,000 tons as compared to last year in view of declining mango production during this season and has set an export target of 125,000 tonnes for the current mango season. Meeting this new target, Pakistan will fetch valuable foreign exchange of $106 million.

According to Waheed Ahmed, Patron-in-Chief of PFVA, due to climatic effects and high temperature, mango production has been severely affected during this mango season. The average production of mango in Pakistan is 1.8 million tons and with 50% reduction, it is likely to be limited to 0.9 million tons.

During the current mango season, the mid of March witnessed average temperature between 37-42 ? while the average temperature during the previous season was recorded as 34 ?. The sudden rise in temperature has severely damaged mango production while irrigation problems, water shortage due to blockage of canals, power load shedding and shortage of diesel during the season have further deepened the climatic effects – Waheed Ahmed disclosed.

Expressing serious concern, Waheed Ahmed further shared that, the mango production and export during the current season are facing stiff challenges in the history of mango seasons.  Depreciation of rupees, rising labour costs along with high tariff of electricity and gas have significantly multiplied the cost of processing mangoes. Packaging material has also gone up by 30% since last season, making it quite difficult for mango exporters to compete in the international market.

Exorbitant increase in sea freight has played a significant role in making competition stiff for Pakistani mangoes. Last year, sea freight for the Gulf and Dubai were USD 1,900 per container, but this year the cost of sea freight has risen USD 2,800 to 3000 dollars it is feared that with simultaneous increase in air freight charges, the transportation cost of mangoes would also be substantially enhanced.

In case of rain, storms and strong winds along with climatic effects, losses of mango crop may further increase in the coming months, leading to severe negative impact on exports. Waheed Ahmed urged the Government to extend financial assistance to the mango growers and exporters so that their losses could be compensated.

Waheed Ahmed voiced that the Govt. shall extend  20% subsidy  in sea and air freight, reduction in PIA freight charges  to curtail the cost of export and facilitate competition in the international market for Pakistani mangoes.

According to Waheed Ahmed, in order to attain the export target of this most difficult season of mango, it is imperative that the concerned government departments and authorities including airport and seaport authorities, customs, plant production department and other concerned organizations shall render all possible assistance and cooperation to ensure that maximum foreign exchange can be earned during the current critical economic situation of Pakistan.

Microsoft to gobble up Activision in $69bn metaverse bet

HBL Earning preview: PKR depreciation to do a number on profits

FPCCI for repeal of CNIC condition on buyers