HomeEconomyDon’t worry, Reko Diq is not going out of hands
Economy

Don’t worry, Reko Diq is not going out of hands 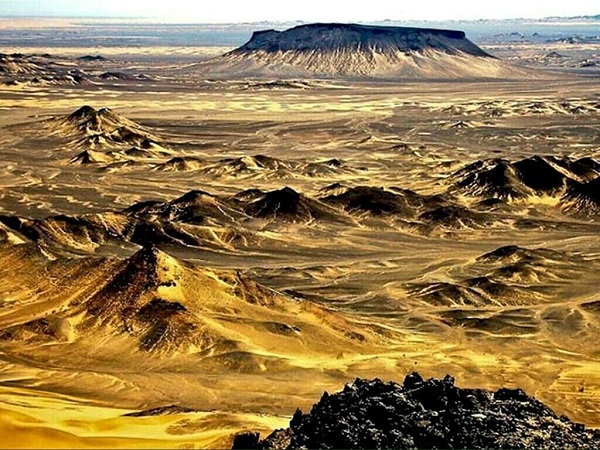 November 04, 2022 (MLN): For a few days, a cock and bull story is being overheard in certain sections regarding Reko Diq as the only ray of hope for the crippling economy, might go out of the hand as the clock is ticking to fulfill all conditions with Antofagasta PLC in next six weeks.

Upon digging out the facts and developments, it is safe to say that the project is not going anywhere as the notable progress is there.

The well-informed sources told MG Link News that $500 million have been paid to Antofagasta PLC as a settlement and the remaining amount will be paid in days to come.

One should not have second thoughts regarding the execution of Reko Diq as Barrick Gold has started recruitment and for most of the important positions, the company has almost completed the hiring process, the source said.

As per details, Barrick would retain 50% shareholding in Tethyan Copper Company Pakistan (Pvt.) Limited (TCCP) along with operatorship, whereas the other shareholder, Antofagasta PLC will exit TCCP upon receipt of $900 million.

Pursuant to the decision of the Supreme Court earlier, SOEs were directed to pay $562.5mn into an escrow account as an entry fee which would be utilized towards the acquisition of 8.33% interest of each SOE in TCCP.

The escrow account is maintained by the Hongkong Shanghai Banking Corporation, and operated by the government of Pakistan and Antofagasta PLC jointly.

Several conditions were there to be fulfilled before binding arrangements which includes a deposit of $900mn in a designated escrow account, receipt of regulatory approvals, execution of definitive agreements, and stabilization of the fiscal regime.

The agreement clearly mentioned that if the aforesaid conditions are not satisfied by 30 June 2022, interest at the rate of US Prime plus 2% which is the interest amount would be payable to Antofagasta.

As per sources, the aforesaid conditions have been fulfilled partially and there is no such thing like that this golden project may go out of hand.

The potential Reko Diq, a $100 billion project cannot be ignored as the gold mine may liberate the country from the mounting debt while escorting it to a new era of development.

To recall, Barrick Gold Corporation and the government of Pakistan reached an agreement in March 2022, on a framework that provides for the reconstitution of the Reko Diq project in Balochistan province.

It is pertinent to mention that the former PM had left no stone unturned to make this development largely in favor of Pakistan as settling a long-running dispute, Pakistan had reached an out-of-court deal with Barrick in March 2022 that agreed to waive the $11 billion penalties slapped against Pakistan by a World Bank arbitration court.

There is no doubt that with an unlock of the enormous value of Reko Diq, one of the world’s largest undeveloped copper and gold deposits, the country could reap significant economic benefits that would be reflected in augmented foreign direct investment and exports.

On the employment front, the project is expected to employ 7,500 people during peak construction periods, and once in production will create about 4,000 long-term jobs.

The potential does not end here!

Reko Diq will momentously add $3-4bn to the country’s total exports from 2026-27, supporting diversification of exports which should cushion the current account and help stabilize the Pak Rupee against external pressures.

When the drama began and what’s the history?

For the unversed, in 1993, the government of Baluchistan signed an agreement with BHP Group Limited which is a known Australia-based mineral mining, metal, and petroleum company in order to explore the mining potential at Reko Diq

As far as the stake was concerned, BHP Group held 75% while GoB held 25% of the stake.

Since the TCC was a joint venture (JV) between Antofagasta of Chile and Barrick Gold Corporation of Canada, Barrick and Antofagasta held 37.5% each in the project while GoB holds 25%.

In 2011, the TCC after spending $200mn on exploration and technical studies along with the feasibility of the project submitted an application to the GoB for the mining lease of the project.

However, GoB rejected the project on the back of notable reasons including enhancement of royalties, refusal of outsourcing of smelting and refining, and higher than agreed inclusion of locals in the project, including at technical levels.

The TCC took the matter to the International Centre for Settlement of Investment Disputes (ICSID) after unsuccessful negotiation with GoB later in 2011 for the compensation of $11bn in damages and violation of the initial agreement.

ICSID is a World Bank Group for international arbitration.

Later in 2013, the Supreme Court of Pakistan intervened and termed CHEJVA null and void. Accordingly, TCC was left with no right to exploration and mining at the Reko Diq. While the ICSID in 2019 decided the case in favor of TCC and slapped a $6bn fine on Pakistan.

However, in March 2022, Barrick Gold, Antofagasta, and GoB reached of court settlement that agreed to waive penalties slapped against Pakistan by a World Bank arbitration court.

The government’s share to be divided amongst the OGDC, PPL, and GHPL each holding an 8.33% stake in the project.

Along with this, 10% out of the 25% stake in the Balochistan government will be free equity.

*The writer is an Economic/Business journalist at Mettis Global and can be reached at nilambano@mettisglobal.com