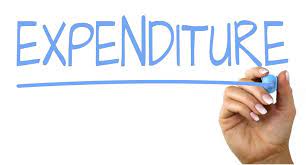 June 12, 2021 (MLN): The total outlay for overall government expenditure during FY22 has been set at Rs8.487trillion, which is almost 19% higher compared to last year’s budget size of Rs7.136tn.

Of this, Rs3tn will be spent on Debt Servicing, out of which Rs 2.757tn would be paid on domestic debt which is 5% higher than the revised figures of FY21 and Rs302.5bn on foreign debt, which is down by 4% when it compared to the revised estimates of the fiscal year 2021. The Mark-up payments for FY21 were estimated at Rs2.946tn, marking a growth of 4%.

For Defense Affairs and Services, Rs1.373tn will be spent, which makes up around 16% of the total expenditure budget for FY22, up by 6% from last year’s estimate of Rs1.299tn.

Other expenditures, which include pensions and running of the civil government, have been estimated at Rs480bn and Rs479.04bn, this is 34% higher when compared to the revised estimates of Rs476.589bn for the outgoing FY21.

For grants and transfers, Rs1.167tn has been estimated against the Revised estimation of Rs904.64tn for FY21.

Subsidies have been valued at Rs682bn against the revised estimation of Rs209bn for FY21.

The function-wise breakup of Current Expenditures reveals that the government allocated a major portion of Rs5.435tn for General Public Services, while Rs178.5bn and Rs115.24bn were allocated for Public Order & Safety Affairs and Economic Affairs respectively. For Housing & Communities Amenities and Health Affairs government will spend Rs34.59bn and Rs28.35bn respectively. For Social Protection and Education, Rs255.29bn and Rs91.97bn have been set for FY22.

Small Markets, shops would be opened after sehri till 6 pm: Asad Umar