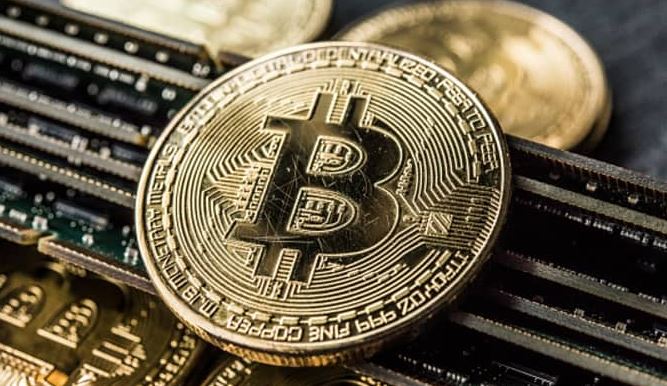 March 9, 2021: Bitcoin mania has fuelled a surge in fundraising by Chinese companies seeking to expand their cryptocurrency operations or move into the red-hot sector.

From large listed companies tapping public markets to smaller players raising funds from venture capitalists, a jump in cryptocurrency prices and signs of a growing acceptance of the technology by mainstream institutions have fed the market boom.

In private markets, “competition is white-hot and filled with sharp elbows,” said Jehan Chu, managing partner at Hong Kong-based blockchain venture capital firm Kenetic Capital. “Every good-quality funding round is oversubscribed within a week of it being announced.”

The market has flourished despite complicated official attitudes towards cryptocurrencies in China.

Cryptocurrency exchanges are banned and mining frowned upon, but there is strong official support for developing blockchain technology, which underpins cryptocurrencies such as bitcoin, but is also key to new innovations in areas such as trade finance, supply chain management, and anti-counterfeiting.

This has contributed to the emergence of attractive crypto projects in China, say investors, although many companies still list and raise money overseas.

Ebang plans to use its new capital to expand into cryptocurrency mining in its own right, to open cryptocurrency exchanges in Singapore and Canada, and to launch a Robinhood-style platform for bitcoin trading.

“Ebang's growth story is very attractive to institutional investors … fundraising by all industry players is getting busier thanks to the bitcoin bull,” said Guo Yi, COO at Univest Securities, which underwrote the deals, and has helped raise money for several other Chinese crypto players.

Canaan Inc, another Nasdaq-listed Chinese maker of bitcoin mining machines, is also expanding into mining, where powerful computers are used to verify bitcoin transactions and compete for a bitcoin reward.

Bitcoin, the world's largest cryptocurrency, has surged over 300% in value since the fourth quarter of last year.

“Everyone can feel this euphoric atmosphere in the market, and Coinbase's listing would lift the mood further,” said Jiang Changhao, co-founder and chief technology officer of Beijing-based Cobo a crypto custodian and wallet service provider.

Cobo plans to launch a new round of venture capital funding this month to finance international expansion, aiming for tens of millions of dollars because, Jiang said, “the market is bullish and our business is growing very, very rapidly.”

Kenetic Capital's Chu said official backing for blockchain, and the use of the technology in major initiatives by giants like Ping An and Ant Financial were a factor in the number of high-quality blockchain and crypto projects in China.

But the recent price surge had “poured napalm” on to compete in the sector, he said.

Still, the entry of some Chinese firms into the crypto space has raised investors' eyebrows.

Guo of Univest Securities said the market has zero-tolerance toward cheating, but there's nothing improper about Chinese companies jumping on to the bitcoin bandwagon.

BoI Chairman for exploiting investment opportunities in ZEZs under CPEC