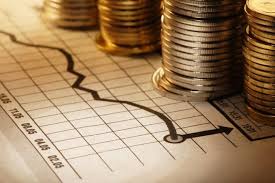 When the sector’s earnings of 1HCY2019 compared with the earnings of first half of 2018 as shown in the table below, the sector as a whole encountered 17.12% YoY growth in Net Interest income while non-mark-up/non-interest income depleted by 5.27%. The decline in sector’s non-interest income can be attributable to drop in gains on sales of securities, fall in income earned from other sources and the decline in income earned form foreign exchange operations due to rupee depreciation.

While, on the expenses side, the sector’s non-interest expenses surged by 11.79% mainly due to increase in operating expenses and banks’ other charges during the period under review.

Based on individual evaluation, UBL outperformed the remaining four banks from the lot with considerable expansion in net gains, in both absolute terms as well as percentage wise. The bank marked an extension of around Rs.4.4 billion or 72% in net income.

The realization of Rs 1.3 bln exchange translation reserve on the closure of New York branch, and the increase in bank’s deposits by 5.9% YoY possibly be the major reasons behind bank’s remarkable performance.

The table below shows that among these banks, HBL’s performance was least satisfactory as the bank experienced over Rs.4.2 billion reduction in net profits in first half of this year which masks its solid core business performance.

HBL’s poor performance was largely a function of a foreign exchange loss on an open US$ position after the depreciation of PKR and a loss incurred on sales of equity securities.

Apart from this, MCB’s consolidated profits were only 10% higher than last year. This slight change in bottom-line emanated from a rise in net interest income and income from other sources due to exchange rate fluctuations.

With regards to ABL’s earnings, the bank posted 14% decline in net profits mainly due to decline in non-interest income and higher operating expenses.

Lastly, despite impressive growth in bank’s net interest income, the hefty provisioning expenses continued to stress NBP’s earnings as it suffered 11% decline in its net profits after tax during the period under review.

With regards to banks’ share of profits in our sample sector, NBP has the largest share in sector’s earnings (31.4%) followed by MCB and UBL having share of 28.7% and 28.98% respectively.