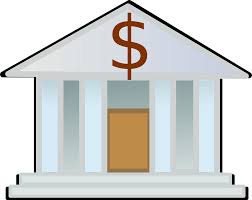 June 16, 2020 (MLN): The Banking Sector has been in the headlines for quite some time now, but for all the wrong reasons though. After an incessant, back to back reduction in the Policy Rate by the State Bank of Pakistan in the last two months, the only last straw of hope was the Federal Budget 2020-21, which thankfully, hasn’t disappointed much.

Just for quick recall, the State Bank of Pakistan, considering the situation of the economy and the ultimate impact of COVID-19, decided to cut the Policy Rate three times in a row, bringing it down by 5.25% to 8%. Considered as one of the most aggressive measures by any Central Bank across the globe, this move was lauded b several sectors except for the Commercial Banks, for fairly obvious reasons.

The cut in interest rates by such a huge margin, with very little to no hope for monetary tightening in the future, left an adverse impact on the sector’s overall profitability outlook. However, considering the sanity and wellbeing of Commercial Banks, the Government decided to propose budgetary measures that are certainly boding well for the Banking sector to some extent.

According to the contents of the budget, the Super Tax has been extended for another year, which means higher profits and better investment outlook. However, a report by BMA Capital has pointed out that this measure will be a ‘non-event’ for the local banking sector, as it was already supposed to pay Super Tax till FY 2021.

Similarly, the withholding tax on foreign remittances has been removed to facilitate its inflow via official accounts. This move, however, is likely to have very limited impact due to the impact of COVID-19 on the transfer of remittances into Pakistan.

The state has also decided to increase its borrowing from banks, bringing the target up to Rs. 916 billion for the fiscal year. This will have a positive impact on the investment books of Commercial Banks, as well as the profitability resulting from higher interest income.

Likewise, the borrowing target for Ijara has been increased to Rs. 450 billion, which will be a positive driver for the Islamic Banks, especially those facing issues pertaining to Investment-to-Deposit (IDR) ratio, as well as Commercial Banks with Islamic Banking division.

The Federal Budget has also called for the abolishment of Advance Tax on the insurance premium, a move that is expected to result in better Bancassurance outlook for the sector.