November 11, 2020 (MLN): Indus Motor Company (INDU) recently conducted its analyst briefing to discuss the latest financial performance and key drivers behind along with the outlook of the company.

To recall, the company had reported a 40% YoY increase in net profits for 1QFY21 ended on September 30, 2020, to Rs 1.84 billion, as compared to Rs 1.3 billion earned in the corresponding period of last year.

During the quarter, the increase in profitability was attributable to higher revenues and the other income owing to larger cash balances.

Despite increase in sales, as per market analysts, the company’s gross margins dropped from 9.7% in 1QFY20 to 6.7% in 1QFY21 on the back of lower primary margins of Yaris due to issues associated with launching a new product, interest free loans and higher vendor costs, PKR devaluation and high inflation. However, margins are expected to increase as the product proceeds further in its life cycle.

Commenting on the current performance of the Yaris, the management of the company seemed content despite the untimely soft launch just before the lockdown, which is generating nearly 50% of INDU’s sales. Yaris sales have outpaced the previous 1,300cc models (Xli and Gli) by c. 2,700 units per month. The 1,500cc Yaris Ativ X (CVT) is the main driver of its sales, roughly 38% of total Yaris sales, as per research note by Intermarket Securities.

The company informed that the higher volumetric sales of Hilux and Revo was the result of strong crop performance and 15% more cash received by farmers compared to the previous year due to various incentives provided to the agricultural sector.

According to Fortune Securities, the market share of the company improved by 6.6ppts to stand at 23.6%. New players such as KIA and Hyundai are heating up the competition, where KIA specifically captured 10.1% of market share and sold 5,041 units during the quarter.

In light of the recent PKR/US$ appreciation, the management hinted that prices of vehicles will not be reduced owing to several factors such as rise in both imported and locally procured raw materials (steel, copper, aluminium in the international markets), said Intermarket analyst. Moreover, the company does not see the lasting impact of recent PKR appreciation and hence they expect no significant impact on margins.

On the auto policy, the management stated that talks are still in initial stages as policy will expire by June’21. However, the company aims to push for a longer-term strategy.

With regards to new model launches, the management announced that the Toyota Corolla Cross, a compact crossover SUV, will be launched in December 2020, which will be imported. The management also revealed the launch of a Corolla facelift (Corolla X) for January 2021. The features and pricing will be announced later in November.

The Auto industry is in constant talks with the government with regards to a support package. The government is seeking proposals from industry players; however, the acceptance of such industry proposals as abolishment of FED and customs duty seems unlikely due to the tight tax collection targets of government, as per management of INDU.  Presently, the government collects 38% of the price of cars as taxes (compared to 33% last year); hence it may have a strong incentive to propel the demand for automobiles, in view of Intermarket Securities. 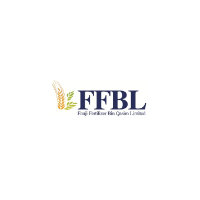 ICSID grants stay on enforcement of the award issued against Pakistan in the Reko...

PM directs to take all necessary steps to increase exports on...