A month into US govt shutdown, the economy blinks first 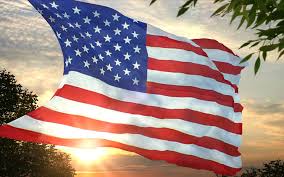 Washington, Jan 19: After four weeks, the partial shutdown of the US government has begun to rattle the world's largest economy, particularly hitting consumer sentiment, a mainstay of growth.

A closely-watched monthly consumer survey on Friday touched its lowest level since President Donald Trump's election in 2016, suffering its biggest one-month drop in more than six years, according to
University of Michigan economists.

Americans have less confidence in the economy's strength in 2019, while 800,000 government workers are furloughed or work without pay as Trump battles on Democratic lawmakers over funding for a
wall on the Mexican border.

The shutdown, which began December 22, directly affects only 0.5 percent of the labor force, but indirectly, it is beginning to hit morale for more than half of US consumers, according to the report.

When government operations resume, federal workers should ordinarily get back pay. But this may not be true for contractors, who could have to eat the loss.

As the work stoppage continues, economists have progressively raised their estimates for its cost to GDP growth.

White House economists doubled their estimate early this week, determining that after a month, the shutdown would shave a half percentage point off the first quarter.

“It is going to be a drag on consumer spending and the economy in the first quarter directly, enough to pull growth down by up to a half percentage, or maybe even a percentage point, if it continues,” he told a local banking conference, according to Bloomberg.