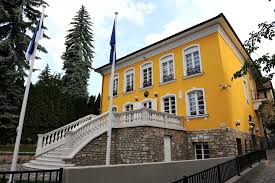 October 09, 2018: Supreme Court (SC) has been informed that the Federal Investigation Agency (FIA) has issued notices to 895 individuals in the foreign properties case.

It was informed to a three-member bench headed by Chief Justice Mian Saqib Nisar by Attorney General Anwar Mansoor Khan in compliance with earlier court orders.

AG also apprised the bench that 642 affidavits out of total have been obtained from the respondents asking details of their foreign property.

185 Affidavits were from Punjab, 390 from Sindh, 52 from Islamabad, 4 from Balochistan and 17 from Khyber-Pakhtunkhwa, AG added.

Anwar Mansoor also informed the bench that some individuals claim they have disclosed their properties recently in the amnesty scheme and some are under probe by the National Accountability Bureau (NAB).

However there were some individuals whose have disowned the properties in foreign country.

Subsequently, AG sought two weeks from the court to initiate further proceedings to recover money from those who own illegal properties abroad.

The Chief Justice urged him to speed up the process for this case and adjourned it till October 25.

It is pertinent to mention here that last month, the SC directed FIA to present a report pertaining to the legality of 2,700 properties acquired by Pakistanis in the United Arab Emirates (UAE).