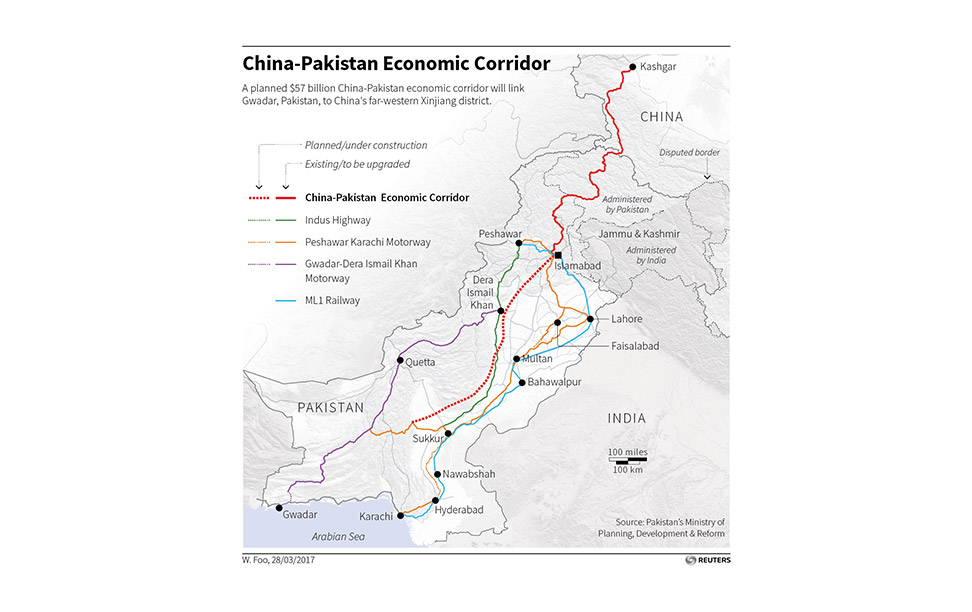 Ayub Gul, Research Officer in KP CPEC Cell told APP on Tuesday that work on Thakot-Havelian Motorway under KKH Phase-11 has been expedited and would be completed at a cost of USD 1366 million in next two years.

He said Havalian-Thakot motorway with 120km length was in early harvest project category, starting from Havelian and passing through Abbottabad, Mansehra and Shinkiari will end at Thakot Batagram with about five tunnels -two at Abbotabad, one each at Battal, Karmong and Mansehra.

On December 27, 2017 Prime Minister Shahid Khaqan Abbasi had inaugurated the 47-kilometre-long Burhan-Shah Maqsood Interchange of the six lanes Hazara Motorway (60km), which is a key component of Thakot-Havalian (120) motorway under CPEC.

The Hazara Motorway is benefiting over 0.6 million population of Hattar Industrial area, Haripur, Havelian, Abbottabad and northern areas through which about 28,500 vehicles will commute with substantial reduction in travel time and passengers fare.

Ayub said practical work on Havalian-Thakot motorway was commenced in September 2016 after its ground breaking by the former Prime Minister Muhammad Nawaz Sharif.

He said 39 km Havalian-Abbottabad Manshera section has already been completed and opened for all kinds of traffic.

The project would promote tourism, industries and business activities in the northern KP besides generating jobs opportunities for youth and will alleviate poverty in the province.

Ayub said Suki Kinari Hydropower Project with total capacity of870 megawatt was another CPEC project in KP on which work was in full swing and would be completed ahead of the schedule time. He said about 70percent work on the project was completed and its commercial operation will formally commence in next two years.

He said the project has already achieved financial close and land acquisition award was announced on November 17, 2016.

This mega hydel generation project was being constructed on River Kunhar Manshera and would be completed with an estimated cost of USD 1802million and that a consortium of various companies was developing it with coordination of Ministry of Water and Power and private Power and Infrastructure Board.

The others gigantic CPEC projects in KP include Haklka-DI Khan Motorway, Circular Railway Peshawar project, Rashakai economic zone and Chitral-Shandor highway was in feasibility stage and practical work on it would commence soon after completion of all codel formalities, he maintained.

Ayub said broad based national consensus amongst the federating units has immensely helped provided an opportunity to expedite CPEC projects and ensure its successful completion on ground.

The transport infrastructure projects of CPEC will give enormous boost to economic and bussiness activities in far flung areas of Khyber Pakhtunkhwa, Gilgit Baltistan and Balochistan and expedite pace of economic development besides making Pakistan's borders safe from external threats.

CPEC enters into a new stage of high-quality development

Foreign investment in February jumps by 39% to 285 million dollars

Cherat Cement to undertake BMR for Cement Line 1 to improve...