US Investors Still Optimistic about Pakistan in the Long Term 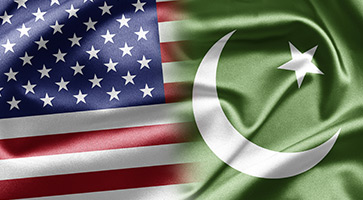 American Business Council has conducted its annual surveys, suggesting that companies had plans to invest in Pakistan in the future and almost 95% of the respondents still being optimistic about the long term economic and operating climate of Pakistan.

In perception survey, over 40% of the respondents indicated that the perception of Pakistan had improved when compared to 6% from last year.

The perception survey allows ABC members to rate their satisfaction on various economic, regulatory and political facts that affect the performance and growth of businesses operating in Pakistan.

The business climate was rated on each of the various factors influencing it: including implementation and consistency of policies, political situation, law and order, internal and external political climate, government development budget, level playing field and impact of undocumented economy.

The survey gauged the factors that that the most impact on the company operations / investment plans – cost of operations headed the list with 87% of the respondents giving it the highest ranking, followed by infrastructure at 84% , law and order at 80% and political uncertainty at 75%.

It also highlighted the three main areas which were hampering growth in the country. These were weak implementation of policies, 55% of the respondents rated it as being unsatisfactory, with political uncertainty being rated at 57% unsatisfactory and the impact of undocumented economy at 77% unsatisfactory.

For 2016-17 the vast majority of the respondents, 45% rated the business climate as being better as compared to the year before when 17% respondents had rated it good. This is a marked improvement.  Overall positive perception of American investors revealed an expectation of some economic stability and an improvement in Pakistan economy.

The performance of various autonomous bodies directly affecting the business climate was also monitored departments like IPOP ( Intellectual Property Organization., SECP (Securities & Exchange Commission of Pakistan) , TDAP (Trade Development Authority of Pakistan), BOI (Board of Investment ) were rated as satisfactory however some autonomous bodies  like the FBR (Federal Board of Revenue) , Income Tax , WAPDA (Water and Power Development Authority) , NEPRA (National Electric and Power Authority) and NDMA (National Disaster Management Authority ) respondents felt that there was still much room for improvement and  rated it as being unsatisfactory .

Mr. Kamran Nishat, President of the American Business Council of Pakistan said, ‘Our members are very optimistic and do see a brighter prosperous Pakistan. International perception is important and how Pakistan can compete with other countries in the region and attract investment,’ he added.

In The Financial Survey, reflecting how much the US companies are contributing to the national exchequer, Rs. 135.50 billion was given as taxes to the Government of Pakistan in 2017 as oppose to Rs 119 the year before. This is an increase of almost 14%. However the exports for the year dwindled down by 10% from Rs 13 billion to Rs 11.6 billion.  Several reasons could be attributed to this factor however the main one being Government policies as compared to other countries in the region.

Third survey was Corporate Social Responsibility (CSR) Survey. This survey highlights the contribution of the American companies to the well-being of the communities and society in which they operate.

Amongst all the provinces – Sindh benefited the most from the CSR activity with 84% of the funds being utilized in the region.