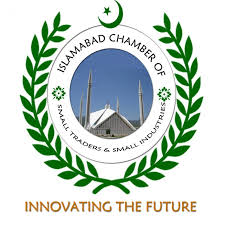 Islamabad Chamber of Small Traders on Wednesday said one of the reasons behind renewed American pressure is to sabotage the game changer project of CPEC.

US, India and some of their allies have not accepted CPEC from day one; hostile nations have hatched conspiracies against the project and now they want to harass the investors by creating an environment of uncertainty, it said.

US policy regarding Pakistan, which has been changed to please India and others is aimed to destabilize Pakistan but White House should know that we are not a weak country, said Patron Islamabad Chamber of Small Traders Shahid Rasheed Butt.

The entire nation and the business community stands united with the Government and the Army which is ready to face any form aggression, he added.

Shahid Rasheed Butt said that national interests cannot be compromised to please others and gone are the days when rulers took a U-turn on a phone call from White House.

He said that the US and India cannot isolate Pakistan while Islamabad will never accept an enhanced role of India in Afghanistan as it is against our national interests.

Lauding the stance of Pakistan against the US he said that the US is herself responsible for failures in Afghanistan.

It is not the Pakistan but America and Afghanistan offering sanctuary to regional and global terrorists who frequently attack Pakistan, he said.

Our highly professional and motivated military is aware of all threats facing the country and it has the ability to counter these threats and counter the unholy designs of hostile intelligence agencies.