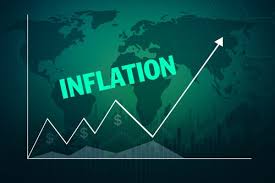 March 11, 2022: US consumer prices hit a new 40-year high last month as the world's largest economy continued to be battered by a surge of inflation.

The consumer price index (CPI) was 7.9 percent higher in February compared to the same month last year, its biggest jump since January 1982 as costs for gasoline, food and housing rose, the Labor Department said Thursday.

The Federal Reserve is expected to increase interest rates next week for the first time since the pandemic began to fight the price increases that have marred the recovery from Covid-19. But analysts warn of another shock to come from the sanctions imposed on Russia, a major producer of oil and gas.

“The Russia-Ukraine war adds further fuel to the blazing rate of inflation via higher energy, food and core commodity prices that are turbo charged by a worsening in supply chain problems,” Kathy Bostjancic of Oxford Economics said.

The inflation spike has proven to be a liability for President Joe Biden, who has already seen his approval ratings sink as price rose throughout 2021.

In a statement after Thursday's inflation figures came out, Biden warned of the impacts of “Putin's price hike” and acknowledged “there will be costs at home.”

With the US economy set to face both higher interest rates thanks to the Fed and rising fuel costs due to the war in Ukraine, Rubeela Farooqi of High Frequency Economics said consumption could suffer.

“The commodity price shock from the war in Ukraine — if it persists — is likely to push price metrics even higher,” she said in an analysis.

Prices have risen as the US economy recovered from the crisis caused by Covid-19, driven by a combination of snarled supply chains, shortages of components and labor and strong demand from American consumers after government spending fattened their wallets.

Compared to January, the CPI rose 0.8 percent, according to the data, which was within expectations but nonetheless higher than the 0.6 percent increase the month prior.

A 6.6 percent jump in gasoline prices accounted for a third of the monthly CPI increase, while overall food costs rose one percent and groceries rose 1.4 percent, the largest gains in both categories since April 2020.

Housing costs such as rent rose 0.5 percent compared to January and were up 4.7 percent in the latest 12 months, the report said.

Excluding volatile food and energy prices, CPI saw a monthly gain of 0.5 percent last month, slightly less than in January, and increased 6.4 percent over the past year.