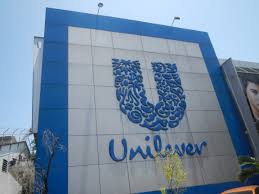 October 05, 2018: Anglo-Dutch consumer giant Unilever on Friday dismissed its post-Brexit plan to move its main headquarters from London to Rotterdam amid shareholder unease over the switch.

“The Unilever board has today decided to withdraw its proposal to simplify Unilever's dual-headed legal structure,” the group said in a statement, while a spokeswoman confirmed it would no longer seek to relocate its main base to the Netherlands.

The group had originally unveiled the planned switch in March in a symbolic decision that was largely interpreted by analysts as a blow to post-Brexit Britain.

“In developing the proposal, the board was guided by the opportunity to unlock value for our shareholders by creating a stronger, simpler and more competitive Unilever that is better positioned for long-term success,” the statement added.

“We have had an extensive period of engagement with shareholders and have received widespread support for the principle behind simplification.”

“However, we recognise that the proposal has not received support from a significant group of shareholders and therefore consider it appropriate to withdraw.”

However, chairman Marijn Dekkers insisted on Friday that the board continued to believe simplifying Unilever's structure remains in the firm's best interests.

“The board continues to believe that simplifying our dual-headed structure would, over time, provide opportunities to further accelerate value creation and serve the best long-term interests of Unilever.”

“The board will now consider its next steps and will continue to engage with our shareholders.”

Pakistan Council on China to host its annual forum on CPEC