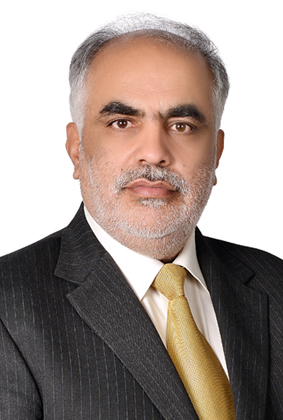 July 12, 2019 (MLN): Turkey should remove local preventive in PTA/FTA with Pakistan, this was stated by Engr. Daroo Khan Achakzai, President of the Federation of Pakistan Chambers of Commerce and Industry in a press release issued.

The volume of bilateral trade between both nations drastically reduced from US$ 1.08 billion to US$ 792 million after imposition of protective duty on textile.

In his statement, he appreciated the efforts of Government of Pakistan and Turkey to enter into Strategic Economic Framework (SEF) for enhancement of bilateral relations in trade, tourism, healthcare, hospitality, industry, education, housing, agriculture, aviation and banking.

He further stated that Pakistan and Turkey have concluded nine rounds of negotiations including SEF; but so far, the reports/outcome of negotiation has been not shared with the concerned stakeholders.

He emphasized on the need of strong homeworking of the government with the consultation of stakeholders for formulating list of concessionary items for FTA in trade with Turkey.

Turkey being part of customs union with the EU, providing assumption that Pakistan may also have access to Turkish market under GSP+ status. This assumption was diluted due to refusal of Turkey to extend GSP+ status to Pakistan and Turkey proposed conducting negotiations on bilateral FTA between both countries.

The President FPCCI urged the government to resolve all antidumping and non-tariff barriers before entering into SEF.

He also stated that Pakistan offer Turkish for their participation in special economic zones which may add to the quality competition in specific housing, food and pharmaceutical industries.

He also underlined the need of activation of train service with Turkey in order to reduce trade cost and transit time as trade through sea is not cost effective for both the nation.

He further added that Turkey should promote trade directly with Pakistan instead of third countries like importing of surgical items from Germany that are originally manufactured in Pakistan.

He also underlined the need of simplification of visa procedure for genuine businessmen and traders.

He further added that Pakistan and Turkey both are active members of ECO, Developing eight and Organization of Islamic Countries (OIC). FPCCI will take up the above issues in the meeting between FPCCI and TOBB in the forthcoming meetings, he added.