Midday Report: The Benchmark KSE-100 Index inches down by 30 pts 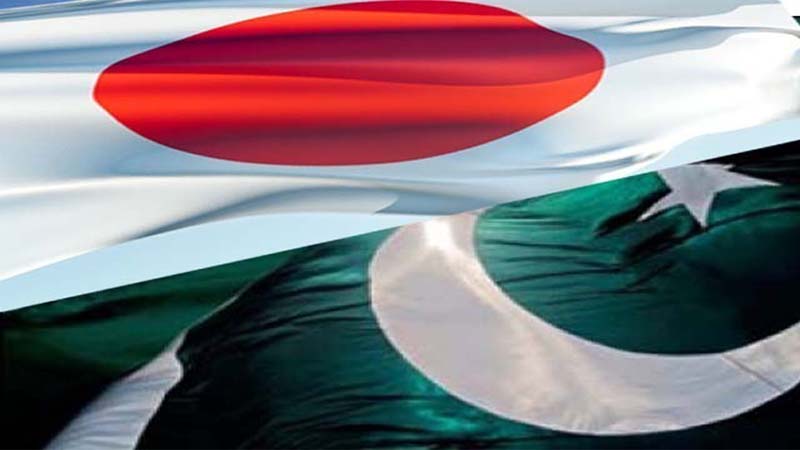 Private Sector Borrowing increases by Rs.1.89 billion in a week

OPEC+ tipped to stay the course on oil output...

Jun 30, 2022: Major oil producers led by Saudi Arabia and Russia are expected to stick to a previously decided output boost on Thursday, despite calls for bigger increases to tame crude prices.

Hard on the heels of an EU ban on Russian oil imports over the invasion, the OPEC+ cartel agreed at their last meeting in early June to open the taps wider than expected.

But prices continue to be high, and analysts say a respite is not in sight when the 23 members of OPEC+ meet via video conference in the early afternoon.

"We should expect a rubber stamp," said Jeffrey Halley, analyst at OANDA trading platform. "Given that OPEC+ can't even meet its present targets, and hasn't for a long time, I expect no bearish surprises."

The 13 members of OPEC, chaired by Saudi Arabia, and their 10 partners, led by Russia, drastically slashed output in 2020 as the coronavirus pandemic and the resulting lockdowns sent demand plummeting.

Since last year, they have been gradually increasing output again. In recent months, the United States and other top oil consumers urged OPEC+ to open the tabs more widely.

Since Russia invaded Ukraine from February 24, the international benchmark, Brent North Sea Crude, has added around 17 percent, while the US benchmark WTI has jumped more than 18 percent.

Despite the pleas, the Vienna-based Organization of the Petroleum Exporting Countries -- which was set up to "ensure the stabilisation of oil markets" -- has been sticking to its strategy.

Analysts have warned that only a recession may be able to bring down prices.

"The prices will likely push higher unless the recession fears take the upper hand," said Ipek Ozkardeskaya, an analyst at Swissquote Bank.

Several OPEC+ members have been failing to meet the output quotas, while Iran and Venezuela -- and now also Russia -- are blocked by sanctions.

The United Arab Emirates said this week it was close to its oil output ceiling, ahead of a regional visit by US President Joe Biden, who is expected to lobby for increased production.

Biden will visit neighbouring Saudi Arabia, the world's biggest oil exporter, as part of his tour next month, but analysts doubt it will convince OPEC+ to boost output.

On Monday, at the meeting of the G7 club of industrialised nations in Germany, French President Emmanuel Macron was caught on camera telling Biden details of a conversation with UAE leader Sheikh Mohamed bin Zayed Al-Nahyan.

According to Macron, Sheikh Mohamed said the UAE was at its "maximum" capacity and Saudi Arabia also faced a limit for raising production.

June 30, 2022 (MLN): The capital market on Thursday remained positive most of the time as the government has been complying with all the conditions put forth by the IMF. This results in restoration of investors’ confidence which led the benchmark KSE-100 index gained 243.10 points to close the index at 41,540.83.

Meanwhile, investors also rejoiced the upward journey of the Pakistani rupee (PKR) which has gained 2.4 rupees in four consecutive sessions to settle the week’s trade at PKR 204.85 per USD.

Of the 92 traded companies in the KSE100 Index 52 closed up 38 closed down, while 2 remained unchanged. Total volume traded for the index was 112.65 million shares.

Sectors propping up the index were Commercial Banks with 111 points, Oil & Gas Exploration Companies with 59 points, Power Generation & Distribution with 27 points, Technology & Communication with 25 points and Cement with 23 points.

The most points added to the index was by HUBC which contributed 35 points followed by HBL with 23 points, PPL with 22 points, SYS with 21 points and MEBL with 20 points.

Sector wise, the index was let down by Fertilizer with 10 points, Automobile Assembler with 5 points, Chemical with 4 points, Cable & Electrical Goods with 4 points and Refinery with 3 points.

Total companies traded were 337 compared to 316 from the previous session. Of the scrips traded 168 closed up, 140 closed down while 29 remained unchanged.

June 30, 2022 (MLN): Rejoicing the positive news on the IMF front which would also pave the way for fresh inflows from other friendly countries, the Pakistani rupee (PKR) has gained 2.4 rupees in four consecutive sessions to settle the week’s trade at PKR 204.85 per USD.

In response to the announcement of the Memorandum of Economic and Financial Policies (MEFP) received from IMF for the combined 7th and 8th reviews, PKR started making gains against the US dollar in the inter-bank market.

Experts are of the view that this was the most significant step to validate that both sides have reached an agreement for the revival of $6 billion programs.

MEFP includes an increase in electricity tariffs, imposing a levy on petroleum products, ending the government’s role in determining the oil prices, and setting up an anti-corruption task force to review all the existing laws that were aimed at curbing graft in the government departments.

After implementing the conditions, the IMF would present Pakistan’s request for the approval of the loan tranche and revival of the program to its executive board – a process that may consume another month.

The government is on its toes to unlock the IMF deal as soon as possible to bring the economic stability back. As a result, the National Assembly on Wednesday passed the Finance Bill-2022 after clause-by-clause consideration and adopting certain amendments in it.

During the debate on the Finance Bill, Minister of State for Finance and Revenue Aisha Ghaus Pasha said that there had been no pressure from the fund to integrate amendments in the federal budget 2022-23 saying that the changes had been made in the larger interest of the country.

Speaking to Mettis Global, Zafar Paracha, President of Exchange Companies of Pakistan said, “Despite the expected inflows from IMF, China and Saudi, PKR will remain under pressure in the long term as the government has to repay debts in FY23.”

Earlier on Friday, the State Bank of Pakistan (SBP) received a $2.3 billion loan from a Chinese consortium that also improved traders' sentiments.

Meanwhile, the currency gained 1.6 rupees against the Pound Sterling as the day's closing quote stood at PKR 248.48 per GBP, while the previous session closed at PKR 250.04 per GBP.

Similarly, PKR's value strengthened by 1.8 rupees against EUR which closed at PKR 213.81 at the interbank today.