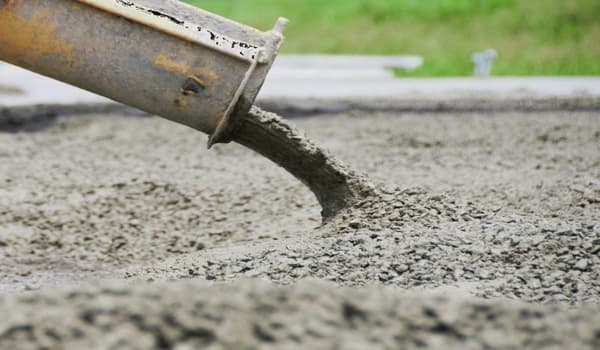 September 21, 2021 (MLN): Being one of the significant building blocks of growth and development, the Cement sector always remains under the surveillance of policymakers and market analysts.

As a result of the declining infection rate of Covid-19, and PSDP disbursement, the activities pertaining to the construction industry jolted the demand of cement despatches in recent months.

In the month of August 2021 alone, the cement sector posted a growth of 22.77%. Total Cement despatches during August 2021 were 4.336 million tons (MTs) against 3.531 MTs despatched during the same month of last fiscal year.

However, the strong demand would allow a moderate increase in cement prices in 3QFY22 to pass on the impact of higher energy costs as coal prices are expected to remain elevated during the winter season. Normalization of coal prices and higher demand on account of general elections in FY23 would provide a significant boost to profitability in FY23.

A spokesman of All Pakistan Cement Manufacturing Association (APCMA) said that the landed price of coal that was around Rs18,000 per ton in August 2018 which has increased multiple times since then. The current landed cost comes to around Rs31,500 per ton increasing the cost of production by approx. Rs90 per bag.

As per the sources, the current demand of imported coal for the cement sector is around 8.12 MTs and the increasing price of coal in the international market has also pushed the prices in the local market.

The recent hike in coal prices globally is primarily attributable to civil unrest in South Africa and the intermittent ban on coal exports from Indonesia.

Unrest has caused hindrance in the smooth commodity transportation from coal-producing provinces to seaports due to blockage in railway lines. This has resulted in a drop in weekly coal export shipment from 1.5 MTs to 0.6 MTs.

Moreover, intermittent restrictions on the export from Indonesia dropping shipments from 9.2 MTs to 6.5 MTs in a span of few weeks, coupled with the ongoing ban on coal mining in some parts of Australia due to the Covid-19 outbreak has resulted in global coal prices to sustain at higher levels, a report by Alfalah Securities said.

The civil unrest in South Africa is likely to end in a few weeks. The imprisonment of former President Jacob Zuma for refusing to appear before a corruption inquiry set off violent protests by his supporters. These protests culminated into riots and put Indian and black communities at odds in towns like Phoenix. Furthermore, covid variant C.1.2 in South Africa is more transmissible and can avoid protection offered by Covid-19 vaccines, may result in supply pressure in the near term, the report added.

Moreover, Indonesia has also allowed coal exports after a ban of few weeks. It is intermittent in nature as it is observed in the past that Indonesia keeps banning exports on a weekly basis if local inventories fall below a certain threshold.

However, demand for coal from China will pick up from November as in yesteryears. This has the potential to further elevate coal prices from current levels. That heightened demand will persist till February as China relies heavily on coal power plants in the winter season.

So, at best, the coal will fall back few percentage points in the next few months. However, a more likely scenario is to sustain at current levels or increase further from hereon.

The report also noted if coal prices remain heightened till the end of February, the earnings of cement companies for FY22 will remain muted. To note, the cement companies keep coal stock for around 3 to 4 months, so the higher priced coal may even be consumed in April and May resulting in low 4QFY22 earnings as well.

To top it off, the finance minister has asked manufacturers to bring down cement prices in the domestic market. This has exerted significant influence on manufacturers not to raise prices further in short term.

On a regional basis, it is expected that domestic demand growth in the south to outpace the industry in FY22. However, strong demand would allow a moderate increase in cement prices in 3QFY22 to pass on the impact of higher energy costs as coal prices are expected to remain elevated during the winter season. Normalization of coal prices and higher demand on account of general elections in FY23 would provide a significant boost to profitability in FY23, a research report by Foundation Securities underlined.

The research further indicated that the cost of announced expansions currently faces an upside risk from Rupee devaluation which would put margins under pressure due to an increase in project cost/depreciation charge. However, unlike the last expansionary cycle, finance costs would not witness any substantial increase due to the use of concessionary borrowing (TERF).

Cement companies have so far announced the expansion of 19.4mn tons (18.1/1.3mn ton on north/south region) which would take total industry capacity to 88.6mn tons by FY25, translating into an increase of 28%.

The research anticipated that the earnings of cement companies are likely to remain in the green zone in FY22 despite the significant increase in energy cost due to the surge in coal and FO prices.

To note, Cement companies have already passed on the 60% impact of the surge in energy and other overhead costs by multiple hike in prices, up by Rs158 per bag in the north region and Rs68 per bag in the south region since Jun’20.

However, it is also expected that increased demand would allow a rise in cement prices in 3QFY22 as low-cost coal inventories is substituted by pricey coal shipments.

The coal prices are currently hovering over $160 per ton for October’21 supplies. On demand front, the report predicts that domestic demand would gain momentum from 2HFY22 given a boost from the execution of public sector infrastructure projects on account of FY23 general elections.

This swing to loss after tax was due to higher taxation and exchange loss.

Pursuant to the financial statement provided to PSX, the company witnessed a 20.5% YoY increase in net sales to Rs3.14bn.  However, the cost in sales surged by 25.4% YoY which led the gross margins to decrease by 3ppt to 31% during the first quarter of ongoing fiscal year.

On the expense front, the company’s administrative expenses went up by 13.4% YoY to Rs140mn during 1QFY22.

Notably, the company incurred net losses due to booking of exchange loss to the tune of Rs478mn against Rs110mn gain in 1QFY21 coupled with higher effective tax rate of 184% in the said period.

Some of the positive highlights include a 10.4% YoY decrease in finance cost that stood at Rs246mn, limiting the unfavourable impact of exchange losses.

Lately, PIBTL in its analyst briefing said that the management is engaged with the lenders for restructuring its domestic loan which is expected to be finalized in 2QFY22. The company is also trying to refinance some part of the foreign loan. Once refinancing is done, the expansion would happen very soon.

October 21, 2021 (MLN): The management of Al-Abbas Sugar Limited informed the Pakistan Stock Exchange (PSX) today that the production of ethanol has been currently suspended due to a fire incident that took place at a distillery plant located at Mirwah Gorchani, District Mirpurkhas around mid-night yesterday.

The firefighting team at the factory immediately responded and no casualty or injury took place as the fire was controlled within hours. The reasons for fire and damage assessment are underway, the notification added.

Once the operation of the distillery resumes, the company will update the PSX.

October 21, 2021 (MLN): The United Insurance Company of Pakistan Limited (UNIC) informed the exchange through a notification that the VIS Credit Rating Company Limited (VIS) has upgraded the Insurer Financial Strength (IFS) rating of the company from AA- (Double A Minus) to AA (Double-A).

PKR appreciates by 10 paisa in second session of interbank market

Pakistan records highest ever inflow of workers’ remittances in July

Textile exports surge to record high of $4.42bn during 1QFY22