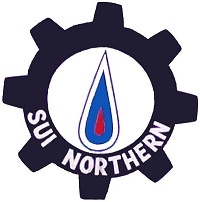 Un-accounted for Gas (UFG) losses of Sui Northern Gas Pipelines Limited (SNGPL) have been reduced by 3.1 percent due to effective steps taken by the company during a period of three years.

In line with the international practices, the UFG is calculated with the difference between the metered gas volume injected into the transmission and distribution network – Point of Dispatch (POD) and the metered gas delivered to the end consumers at Consumer Meter Station (CMS) during a financial year.

The UFG, they said, being one of the most critical elements in the gas sector, played a vital role in the profitability of the gas transmission and distribution companies.

They said it was important for all stakeholders to understand the term `UFG' and the reasons behind it.

Answering to a question, the sources said the government and gas utility companies were taking necessary steps to prevent gas losses.

Federal Investigation Teams have been engaged with gas utility companies for carrying out raids against gas thieves. The gas companies are creating awareness among the general public through newspapers about wastage of the commodity besides warning the pilferers.

The sources said almost all Industrial customers had been ‘Cyber Locked’ by restricting unauthorized access to the Customer Meter Stations and allowing entry to authorized personnel only.

Electronic Volume Correctors have been installed at almost all the industries in order to have strict check and balance on gas consumption, abnormalities.

They said pre and post-inspection analysis of customers were carried out regularly, while defected, suspected and tampered meters were instantly replaced regularly.

BankIslami partners with IMC to ease vehicle financing for customers

Govt. loans surge by Rs.187 billion in a week

Investment in equity market via SCRA declines by 1.33 bln over...