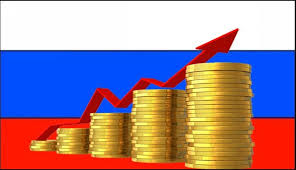 The figure is much higher than previous forecasts by the Russian Ministry of Economic Development and the Russian central bank, which estimated the GDP growth last year at 2 percent and 1.5-2 percent, respectively.

Russia's financial and insurance sector gained the biggest annual increase of 6.3 percent, followed by 6.1 percent in the hotels and catering sector, according to Rosstat.

A number of changes related to the adoption of the international methodology for assessing were also noted as factors for the change of the data, including housing services, assessment of consumption of fixed capital, coordination of data on exports and imports with the data of the balance of payments.

Russian President Vladimir Putin said at his annual press conference in December that Russia's GDP would exceed 3 percent from 2021.